Teacher’s Pets: Talk about "summer school" making a difference. One-time troublemaker Robert Downey Jr. has shot straight to head of the class after starring in Iron Man and Tropic Thunder, both of which opened at No. 1. The first blockbuster of this sizzling season, the former film set the tone for a summer that turned out to be one for the books—the comic books, that is—by taking in a superheroic $317.5 million at home and another $253.5 million overseas. In addition, Tropic Thunder spent its first two weekends of release atop the domestic box office and it's now headed for the $100 million mark. 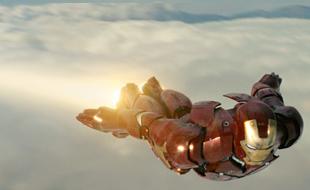 Turns out it wasn’t quite the Last Crusade, after all. A certain adventurous archaeology professor bullwhipped his way back into theatres this summer after a 19-year sabbatical, with the reunion of star Harrison Ford, director Steven Spielberg and executive producer George Lucas resulting in $315.3 million at the domestic box office—and another $465.0 million overseas—for Indiana Jones and the Kingdom of the Crystal Skull.

And the “House that Shrek Built”—DreamWorks Animation—found another potential film franchise in the family friendly Kung Fu Panda, which brought in a total of $577.1 million worldwide. 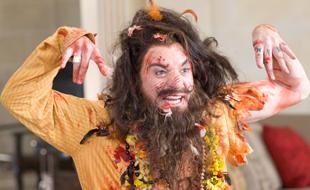 Joining The Love Guru in detention are all three summer releases from Paramount Vantage. Although it took in the most at the domestic box office, Son of Rambow was also the biggest bust of the bunch—its $1.8 million take not even coming close to justifying its reported $7 million purchase price at the 2007 Sundance Film Festival. Also falling short of its acquisition costs was the documentary American Teen, which—like fellow Paramount Vantage release The Foot Fist Way —failed to crack the million-dollar mark.