close
Continuing our Studio Report Card series for the record-setting summer of 2008, BOXOFFICE grades the performance of Warner Bros. releases.

on August 29, 2008 by warnerbrosreportcard.jpg
Print

Teacher's Pets: Warner Bros. earned an impressive grade-rank this summer with the unprecedented revenue generated by the darker-than-its-title-could-ever-
convey feature, The Dark Knight, which is second only to Titanic on the list of all-time blockbusters. Knight has broken more than its share of break box office records this summer, and it is now on pace to hit the $500,000,000 mark in the days to come. 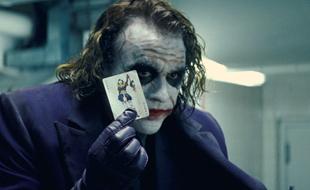 Recent merger strategies between WB and New Line Cinemas did much to increase the studio’s revenue. The two former New Line features, Sex in the City and Journey to the Center of the Earth, both did extremely well considering Sex was a risky small-to-bigscreen property leap and the latter was the first major release of the new 3D trend which will only grow over the next couple of years. With an estimated budget of $45 million and a worldwide gross of $122 million, the Journey looks to have been fruitful. The same can be said for SATC, which had a comparably modest budget of around $65 million and has earned a sexy $152 million domestically.

While not being a monster success, Get Smart, Warner’s second television property of the summer, scored surprisingly well earning over $127 million with Steve Carrell’s own unique take on the character of Maxwell Smart.

Speed Racer will most definitely be cleaning erasers after school for some time to come. With an estimated budget of $120M, the live-action translation of the classic animated series took in a low-scoring $18M on opening weekend, and with a $97 million gross world-wide, it failed to break even before racing out of the theatres. 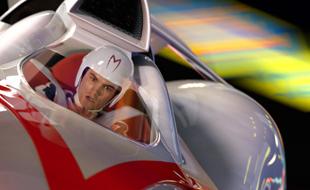 Lastly, Warner Bros. great disappointment and primary candidate for summer school attendance from now until Doomsday; Star Wars: The Clone Wars. In an unprecedented move, franchise mogul George Lucas opted to break from his long-time Lucasfilm distributor, 20th Century Fox, and join ranks with WB. Speculation is rampant as to why the latest installment of one of the grandest film studio juggernauts of all time barely broke $15 million on its opening weekend. Some claim its due to the fact the film is merely compounded episodes of the upcoming Cartoon Network animated series, others blame audience avoidance on the fact WB has already slated a winter release date for the DVD, but most agree, it’s simply not a very good flick.