on September 21, 2008 by lakeviewfeature.jpg
Print

While nobody would ever accuse Samuel L. Jackson of being the most discriminating actor when it comes to picking his film roles, he does have a pretty solid track record at the box office.

With a total haul of $15 million this past weekend (updated: 9/23) , Terrace lands somewhere in the middle on the list of Jackson's best opening weekends. 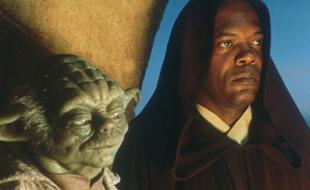 It should come as no surprise that the actor's best opening weekend comes from Star Wars: Episode III - Revenge of the Sith, which brought in $108.4 million domestically during its opening frame in May 2005. Of course, Jackson was hardly the film's biggest enticing factor.

Terrace comes as something of a small victory for Jackson, considering that movies in which he has received top billing haven't been performing that well lately. 2007's Black Snake Moan brought in only $4.1 million during its opening frame. Going back even a little further, 2006's Freedomland grossed $5.8 million and 2005's The Man took in $4.1 million during their opening weekends.

Terrace 's haul this weekend is a lot closer to the $15.2 million that Snakes on a Plane was able to grab in 2006. However, Terrace 's distributor Sony is probably hoping for more longevity than Snakes had. The gimmicky appeal of the film wore off real quick and after its opening weekend it sputtered to a mediocre $34 million total haul domestically.

As a supporting actor, Jackson has found much more success recently. Starring opposite Hayden Christensen in Jumper brought the actor a $27.3 million opening weekend and with the help of John Cusack, 1408 scared up $20.6 million during its opening frame.