on September 01, 2008 by foxreportercard.jpg
Print

Teacher's Pets: Of all the major studios, 20th Century Fox has had the least successful summer. Still, there were a couple of academic standouts.

What Happens In Vegas, which opened the weekend after Iron Man, was able to get the studio off to a solid start. Thanks to the star power of Cameron Diaz and Ashton Kutcher, Vegas was able to bring in $80.2 million domestically. 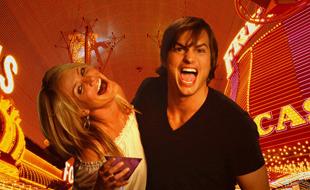 While it was met with a chilly reception from critics before it became a punchline to many viewers, M. Night Shyamalan's The Happening was a success. Even though the eco thriller grossed only $64 million domestically, it was able to scare up nearly $100 million more from international markets.


Staying After School: Unfortunately for Fox, more of their releases this summer belong in this category. Between star-studded comedies and failed attempts to reinvigorate franchises, it seemed as though the house that Rupert has helped build simply could not strike box office gold.

Opening the weekend before The Dark Knight, Eddie Murphy's Meet Dave turned out to be one of the biggest duds of the summer. Audiences simply didn't show up for Murphy's latest comedy, and after a painfully mediocre opening weekend Dave was only able to crawl its way to $11.6 million domestically.

The weekend after Dave saw the disappointing opening of Space Chimps, Fox's entry into the animation market. To be fair, Chimps opened against The Dark Knight and Mamma Mia!, which both had record-setting opening weekends. Still, Chimps was only able to grab $28.5 million domestically, which isn't even in the same ballpark as the summer's other successful animated flicks, WALL-E and Kung Fu Panda. 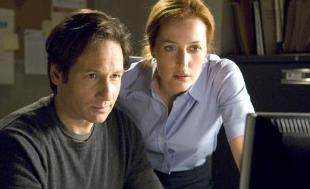 Following Space Chimps, Fox struck out again with The X-Files: I Want to Believe. The film obviously failed to draw in audiences outside of the core fan base and it limped its way to a $20.7 million domestic haul. A third film in the X-Files franchise is now being discussed ... as a straight-to-DVD release.

August wasn't any kinder to Fox. The Rocker failed to crack the top 10 during its opening weekend and both Mirrors and Babylon A.D. are posting only barely adequate numbers so far.