close
Continuing our Studio Report Card series for the record-setting summer of 2008, BOXOFFICE grades the performance of Universal releases.

Teacher's Pets: While Universal didn't have any massive blockbusters this summer, they were still able to release some solid money makers.

Wanted, the hitman thriller starring James McAvoy and Anjelina Jolie, was able to gross $133 million domestically and it certainly planted the seeds for the launch of a new franchise. If it performs well on DVD, then Universal may push forward with a new installment. 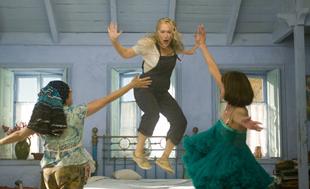 Despite opening the same weekend as the The Dark Knight juggernaut, Mamma Mia! proved to be a counter-programming hit. The musical has raked in a little over $130 million so far and it currently ranks beneath Grease and Chicago on the list of most financially successful musicals. The inevitable Golden Globe nominations for star Meryl Streep and the film itself will only serve to renew interest in the film.

Coming off as something of a sleeper hit, The Strangers scared up $52.5 million domestically in May and a sequel is now in the works.

Opening a week before The Dark Knight, Hellboy 2: The Golden Army has been able to eclipse the gross of its predecessor by raking in $75.2 million domestically.

Staying After School: While Wanted, The Strangers and Hellboy 2 may lead to successful franchises, some of Universal's other properties have had a mediocre summer. 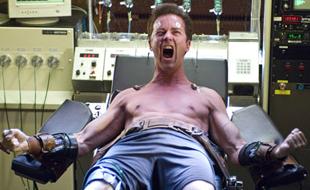 The Incredible Hulk has grossed $134 million domestically so far and as a result it has failed to drastically improve upon Ang Lee's 2003 version of the story that brought in $132 million domestically. Hulk was also plagued by stories about star Edward Norton's desire to use a different cut, which calls into question the willingness of those involved to put together another installment.

Meanwhile, with a total gross just under $100 million at this point, The Mummy: Tomb of the Dragon Emporer was only able to bring in half of what 2001's The Mummy Returns did. With seven years between Returns and Emporer, Universal may have waited too long to continue the series.