One film is a continuation of the longest running franchise in movie history, and the other could be the beginning of a brand new one.

Audiences across the country are eagerly anticipating both Quantum of Solace, which hits theatres on November 14, and Twilight, which opens the following weekend. 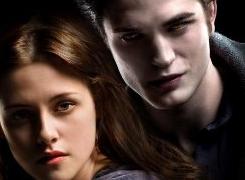 "Everyone was kind of expecting a very big movie that third week in November, so I think it was a bold move, specifically from the Twilight folks, to move into that spot and kind of let people know that younger moviegoers are going to have another strong title to see that weekend," said Joel Cohen, Executive Vice President & General Manager for MovieTickets.com.

Based on the popular book series by Stephenie Meyer, Twilight is showing a lot of financial promise. The teenage vampire flick was responsible for 34 percent of ticket sales at MovieTickets.com on Monday and Tuesday of this week. In addition, Twilight also boasts impressive 'intent to see' numbers across the board. 77 percent of under-25 moviegoers aware of the movie intend to see it opening weekend, compared to 70 percent of 25 to 34-year-olds, 64 percent of 35 to 44-year-olds and 70 percent of 45 to 59-year-olds.

In order to help promote advance ticket sales, MovieTickets.com is offering ticket buyers the opportunity to download an exclusive song from the film for free. 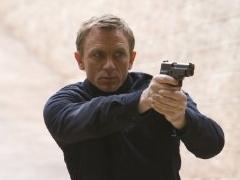 After opening with record-breaking numbers overseas, Solace is already showing promise in America. The 22nd installment in the James Bond franchise is currently the next movie 35 to 49-year-olds expect to see in theaters, according to a MovieTickets.com poll of over 500 moviegoers, which was conducted from 10/28-11/2.

Also helping matters is the fact that both films are aiming for mostly different demographics. Solace skews older and more male, while Twilight is aimed at younger, female audiences.

"I agree that there's not much overlap," said Cohen. "And I think that will help Quantum following its opening weekend. If it opens as big here as it did in the U.K., then it will also have that second weekend to do well. I think already, just based on the buzz, that we can expect it to be one of the biggest Bond movies yet."