Early estimates from around the web are predicting that Twilight brought in as much as $7 million from midnight screenings and that it could have grossed more than $30 million on Friday.

In addition, Fandango is reporting that they've been selling a staggering five Twilight tickets per second since early Friday morning.

The film finished in the #5 spot on MovieTickets.com's Top 5 Pre-Sellers of All-Time list. As of 12 p.m. EST on Friday, the site is reporting that 848 upcoming shows are sold out.

On a MovieTickets.com poll, a whopping 94% out of 6,944 respondents answered that they would like to see a sequel. 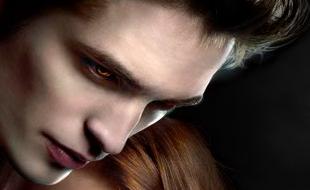 Now that midnight screenings are only hours away, Twilight 's advance sales are looking just as strong as ever.

As of 1 p.m. PST, Fandango.com is reporting that the vampire flick ranks #3 on its list of best advance ticket sales. In addition, Twilight has accounted for 94% of all weekly sales.

On MovieTickets.com, Twilight ranks #10 on their Top 10 Pre-Sale List of All-Time. The ticketing site is also reporting 1,100 sold-out shows as of 12 p.m. EST.

Twilight is continuing to post incredibly strong online ticket sales for what is sure to be a great opening weekend.

As of Wednesday at 12 p.m. EST, MovieTickets.com is reporting that 896 showing of Twilight are sold out. The vampire flick currently ranks #14 on the site's Top 15 Advance Sales list.

On Fandango.com, as of Wednesday at 12 p.m. PST, more than 600 of the film's midnight screenings are sold out and it accounts for 94% of daily ticket sales.

While such strong online ticket sales are a direct result of its appeal to young, tech-savvy viewers, Twilight is posting some very promising results.

On MovieTickets.com, the vampire flick is outpacing such recent blockbusters as The Dark Knight, Spider-Man 3 and Harry Potter and the Order of the Phoenix at the same point in the sales cycle. In addition, the ticketing site is reporting 615 sold-out performances as of 4:30 p.m. EST.

Meanwhile, Fandango.com is reporting that more than 500 of the film's midnight shows are already sold out. Plus, Twilight is responsible for 86% of daily ticket sales on the site.

MovieTickets.com is now reporting that Twilight has sold out 389 performances in the United States. Twilight has accounted for a staggering 85% of tickets sold on the site since Monday at 12 p.m. EST and the film has now moved into the #20 spot on MovieTickets.com's Top-20 Pre-Sale List of All-Time.

Even though it is still a week away from opening, Twilight is posting very solid online ticket sales.

Fandango.com and MovieTickets.com are each reporting that more than 200 shows have already been sold out through their websites.