close
BOXOFFICE was able to catch up with Defiance director Edward Zwick to discuss his latest film.

“The Oscars were invented to sell movies.” That’s the way director Edward Zwick sees the annual awards show, but he doesn't necessarily consider that to be bad thing. Primarily known for his epic films Glory, The Last Samurai and Blood Diamond, Zwick recently made a stop in San Francisco to promote Defiance, an epic story of a different sort. 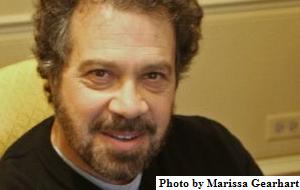 The film tells the true story of three Jewish brothers who escape the Nazis in Poland, banding together to save themselves and groups of refugees by creating a sanctuary in the forest. Daniel Craig, Liev Schreiber and Jamie Bell play the brothers and to see James Bond fighting a different kind of bad guy is surreal at first but quickly becomes manageable. Zwick feels audiences can embrace Craig playing a real-life war hero as opposed to the suave secret agent he’s used to.

Having made films for over twenty years Zwick has a firm grasp on the film business and therefore prefers his budgets to be controlled. That way studio interference can be avoided and he can make his movies in peace.

“Everyone wants to be heard, everyone wants to justify their jobs. Sometimes their ideas are great and sometimes their ideas are those that you have to find ways that are either confrontational or just manipulative to avoid. I’ve had final cut since my second movie, at the end of the day it’s going to be the movie I want to make. They know by hiring me it’s going to be the movie I want to make more than something they’re making. A lot of times studios make movies where it’s their movie and they hire the director as a kind of shooter and they believe they’re the ones making the movie and God bless them, it’s their money. They can do that. But the terms that I have been able to hold on to are different. I can point to a couple exceptions where I may have allowed myself to be influenced and often to my eternal regret.”

At the end of the day, Zwick is proud of Defiance and doesn’t care about box office receipts or Oscar attention.

“The ultimate end-all, be-all of a film is not the opening weekend, is not the reviews and it’s not the Oscars, it’s time. Which movies endure? There are movies that have had a real luster on them that have lost that luster over time and others that have gained it and those that dig into the culture and become perennial for some reason. The definition of a classic is something that people see over and over again as if it’s new. When I made The Siege it was one movie pre 9/11 and it was another movie post 9/11. A movie like Glory is one movie when it comes out and another movie after it’s been in the curriculum of history classes for twenty years. You just never know.”

CLICK HERE to listen to our entire interview with Edward Zwick.