The Story Behind a Picture

Photographer Eddie Adams is responsible for one of the most haunting pictures of the Vietnam war. It brought him fame and widespread acceptance in the journalistic community. The funny thing is, he thought it was a pretty lousy picture. 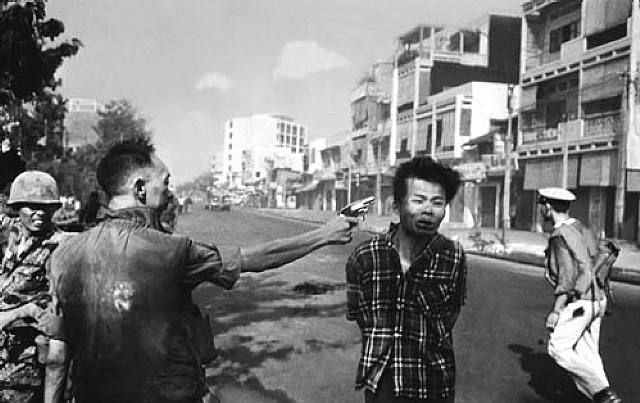 This is the main topic of Susan Morgan Cooper's latest documentary, An Unlikely Weapon. The film uses the way Adams felt about that particular picture as a jumping off point, but it is also about the life of an extraordinary man. Unfortunately, Adams will not be able to witness the reception to this film because he passed away in 2004 at the age of 71.

Cooper found great inspiration in Eddie's story, and his feeling that he had never reached his full potential was something that truly fascinated her.

"I think for me the fact that an artist can be so brilliant and so successful and yet be so unaware of how good they are and always thinking that they're not quite good enough is something I find very compelling," Cooper told B OXOFFICE.

When Cooper discusses how she came to work on the project, she does so with a sense of genuine nostalgia. She sat down with Eddie to watch a documentary he had put together which was basically a series of picture set to music. The pictures documented a meeting between two kids with progeria, which is a disease that causes people to age rapidly.

"The pictures are just breathtaking," said Cooper. "They're so emotional. We both sat their on this little sofa watching the film and we started crying together, and that was the way we bonded."

While a life in photography helped Eddie gain his share of famous friends and admirers, Cooper has received some prestigious endorsements herself. Rob Reiner called her personally to let her know that he loved her film and that he could really relate to the story of an artist who never really found peace within himself. Now that Hollywood is catching on to Cooper's film, she is quick to note that Eddie's life could easily lead to a compelling biopic.

"He has all the elements of a fictional hero. He's colorful, charismatic, courageous and very tormented and at the bottom of all of that he has integrity. Having lived the life that he lived, photographing 13 wars and all of the world leaders you can imagine as well as all the major celebrities, he must have lived a very fascinating, high-powered life," said Cooper.

Even though his library is full of important images of iconic people, according to Cooper Eddie's favorite picture was always a simple one he took of Vietnam veteran working as coal miner. 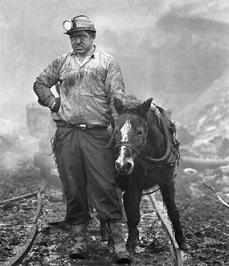 Cooper herself finds it difficult to pick just one favorite picture. After making the film, she received a unique offer from Eddie's widow, Alyssa. Alyssa would send her an original copy of her favorite photo as a gift. Cooper put off the decision for so long that one day a box arrived at her house containing an original copy of a picture Eddie took of Louis Armstrong. The picture which was snapped at a time when Armstrong's failing body prevented him from properly playing his trumpet.

When asked what the similarities are between documentary filmmakers and photographers, Cooper answered simply, "I think it's getting to the truth, and also trying to make a difference."