close
With Inglourious Basterds, Quentin Tarantino is one of several famous directors returning to the festival. 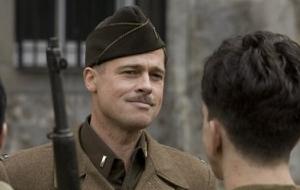 Despite the economic downturn the organizers of the Cannes Film Festival claim not to be feeling the pinch as they unveiled plans for the 2009 edition in Paris yesterday in the opulent surroundings of the Grand Hotel.

With new films in the official selection by such directors as Quentin Tarantino, returning to the scene of his Pulp Fiction triumph, Australian Jane Campion of The Piano fame, Cannes favourites Ken Loach, Michael Haneke, Pedro Almodovar, Lars Von Trier and Ang Lee and out of competition slot for Terry Gilliam the scene is set for a 62nd edition from May 13 to 24 that defiantly ignores any financial blues.

Andrea Arnold who scored a special jury prize three years ago with her first feature Red Road set in Glasgow, makes a notable return with her new film Fish Tank, again in the official competition selection. It is the story of Mia (Katie Jarvis), a volatile 15-year-old, who is always in trouble and who has become excluded from school and ostracized by her friends. One hot summer's day her mother (Kierston Wareing) brings home a mysterious stranger called Connor (Michael
Fassbender) who promises to change everything ...

Despite indications from the South of France that luxury hotels along the Croisette are feeling the pinch, among them the Carlton, the Noga Hilton, and the Majestic where many stars stay and film studios set up camp to pitch their wares, are feeling the pinch. A call to a desk clerk at the Majestic revealed that they still had rooms available (unheard in previous years with only a month to go before the start of the festival) and the hotel had abolished the mandatory 12-night minimum stay. Rooms at the Majestic hover around 970 dollars a night with a 12-day stay costing $9,600. 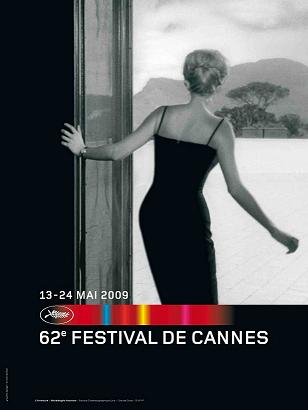 The festival organizers have already made an approach to businesses in the town, including restaurants and hotels, urging them to be more flexible in their attitude to potential visitors.

Gilles Jacob, the festival’s president, said the festival’s aim was to present the best of world cinema and make discoveries rather to worry about hotel accommodation. He said that the sprawling Cannes market, where films are bought and sold, only showed a marginal dip and stands were already completely subscribed.

Thierry Fremaux, the artistic director, suggested that the absence of some of the Hollywood studios such as Universal and 20th Century Fox, was more to do with the timing of their new releases than any economic concerns

One of the most eagerly awaited titles is Tarantino’s Inglorious Bastards, a Second World war epic which will be programmed towards the end of the festival to allow the director enough time to put on the finishing touches. Tarantino has had a love reciprocal affair with Cannes since Pulp Fiction won the Palme d'Or in 1994. Basterds stars Brad Pitt and is told in a host of different languages. It opens in the States on August 21.

Lars Von Trier's psychological horror movie Antichrist will be playing in competition, and it features Willem Dafoe alongside Charlotte Gainsbourg. Austrian Michael Haneke is also returning to the competition with The White Ribbon featuring his Funny Games star Susanne Lothar. Jane Campion, 1993 Palme d'Or winner for The Piano, is back with Bright Star her film about the romance between 19th century poet John Keats and Fanny Brawne, which stars Ben Wishaw and Abbie Cornish. And Ang Lee, who hasn't played in competition since 1996, has found a berth with his comic period piece Taking Woodstock, marking the 40th anniversary of the outdoor music extravaganza with Demetri Martin and Live Schreiber in the cast. Another Cannes regular Pedro Almodovar will screen his melodrama Abrazos Rotos (Broken Embraces), starring Penelope Cruz.

Terry Gilliam's The Imaginarium Of Dr. Parnassus in an out of competition slot features Heath Ledger's final performance, alongside Johnny Depp, Colin Farrell and Jude Law while Ken Loach’s Looking For Eric boasts soccer star turned actor Eric Cantona in a tale about a troubled young soccer fan. Other titles vying for the Palme d’Or are Johnny To’s French-made Vengeance starring ageing pop legend Johnny Hallyday as a hitman out to avenge his daughter’s death.

One notable absentee from the Croisette will be Edinburgh based animator Sylvain Chomet (whose Belleville Rendez-vous charmed Cannes audiences six years ago). His new film The Illusionist was not available in time for consideration by the selectors and will be unveiled later in the summer. His producer Bob Last said they preferred to take their time to complete to their satisfaction rather rush for Cannes.

The competition jury who will decide on the prestigious Palme d’Or and other awards will be headed by Isabelle Huppert, the French actress best known for her collaborations with Claude Chabrol. She is only the fourth woman to be appointed jury president in the festival's six decades. She will be surrounded by, among others, actress Asia Argento, director Nuri Bilge Ceylan, British writer and director Hanif Kureshi, American director James Gray and actress Robin Wright Penn (who last year accompanied her husband Sean when he was jury president).

Fremaux said that Huppert was someone who has put her popularity to the service of artistic cinema, who has worked with young directors and admiring foreign film-makers.

The festival will open with the 3D animated film UP, co-directed by Pete Docter and Bob Peterson and produced by John Lasseter for Disney/ Pixar. This is a first in the history of the festival, which has never before opened with an animated work, let alone one in 3D.

The closing film will be Coco Chanel & Igor Stravinsky by Jan Kounen, which describes the love between the famous designer Coco - Gabrielle Chanel and composer Igor Stravinsky. It stars Anna Mouglalis as Coco and Mads Mikkelsen as Igor Stravinsky.

In the Beginning, France, Xavier Giannoli

Map of the Sounds of Tokyo, Spain, Isabel Coixet

Nobody Knows About the Persian Cats, Iran, Bahman Ghobadi

To Die Like a Man, Portugal, Joao Pedro Rodrigues