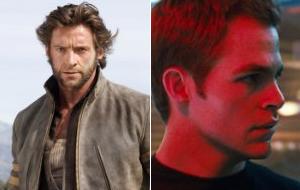 MONDAY AFTERNOON UPDATE: As of 2 p.m. PT, 200 showings of X-Men Origins: Wolverine are sold out between MovieTickets.com and Fandango.com.

Stay tuned for more updates as the week progresses...

FRIDAY UPDATE: As of 10 a.m. PT on Friday, Star Trek represents 12% of daily sales on Fandango.com and X-Men Origins: Wolverine has sold 10%.

Check back here for the most recent sales updates.

When X-Men Origins: Wolverine opens on May 1 it will signal the beginning of the summer movie season, Hollywood's most profitable time of the year.

Online ticketing sites have already put seats for Wolverine up for sale, and the results are promising. Between MovieTickets.com and Fandango.com, around 100 showings have already sold out for the film. In addition, Wolverine is currently outpacing Iron Man by a ratio of 3 to 1 at the same point in the sales cycle on MovieTickets.com. Last summer, Iron Man struck box office gold during the first weekend of May with an opening weekend domestic haul of $102 million. While most industry prognosticators agree that Wolverine should land somewhere in the $80 million-$90 million range, it could break out and provide another box office surprise in a year that's been full of overachievers (see Gran Torino, Taken, Paul Blart: Mall Cop, etc.).

Star Trek, which opens the following weekend, is posting even stronger sales than Wolverine is on both ticketing sites. The franchise reboot has sold 25% more advance tickets than Wolverine on MovieTickets.com. Meanwhile, as of 9 a.m. PT on Thursday, Trek boasts 13% of overall sales on Fandango.com, while Wolverine represents 10%. Still, Trek is a film that carries an obsessive fan base, and its strong early sales are indicative of that fact. The film's real test will come down to whether or not it can grab a new generation of fans and turn them into Trekkies.

“ X-Men Origins: Wolverine and Star Trek looked like potential blockbusters months ago considering the fervent following that comes with each franchise, and advance ticket sales for both are adding fuel to that fire quickly,” said Joel Cohen, Movietickets.com’s executive vice president and general manager. “Considering the fact that these two films are premiering in back-to-back weeks to kick off the month, with Terminator Salvation and Angels & Demons still to come, we could be in for an unprecedented month of May.”

This summer is full of sequels, prequels and familiar properties, which means that audiences seeking escape from troubling economic times will be greeted at movie theatres by characters they know and love. Considering that overall box office grosses are up around 16% from the same point in 2008, a summer full of sure things will only help increase 2009's lead over 2008. A $10 billion year at the box office is certainly a strong possibility.