close
Peter Saraf has found success producing such indie flicks as Little Miss Sunshine and Is Anybody There? with Michael Caine. 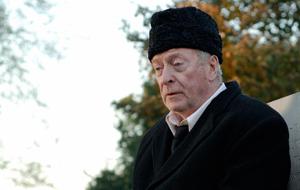 To call Peter Saraf lucky would be an understatement. He is currently a successful producer after years of hard work climbing the Hollywood ladder under director Jonathan Demme and has now co-founded his own production company, Big Beach Films. Saraf loves movies and feels fortunate to do something he is passionate about.

That initial fire for cinema was ignited during his years working with Demme on such projects as Adaptation, Ulee’s Gold and The Truth About Charlie. After falling in love with movies and deciding to try his hand at producing his own projects, Big Beach Films hit it out of the park with the surprise hit Little Miss Sunshine. Saraf quickly followed that success by taking a gamble on two independent films now in theatres, Sunshine Cleaning with Amy Adams and Is Anybody There with Michael Caine.

It’s the recent collaboration with Caine on Is Anybody There? that has Saraf happy on the morning of our interview. Having had drinks with Caine the night before, the enigmatic producer feels confident of the film’s success and those gut instincts have helped guide him toward finding the right projects for his production company.

“It’s a little bit of you know what you want when you see it. We do a combination of developing our own projects and others coming to us in various stages of development, whether it’s the script or it just has various elements together," says Saraf. "What I’m interested in both as a filmmaker and a filmgoer are movies that are about the human experience and that it illuminates some aspect of how we connect with one another. That can manifest itself in any form.”

The life of a producer can be a taxing one and according to Saraf can also come with many misconceptions, the biggest of which being seen as just “the money guy.” Splitting up work and family is also a struggle but his outlook has put him in a position to take the good with the bad.

“The worst part of my job is being away from my family as much as I am. And the best part of my job is hard to pinpoint because it surprises me, I never thought I would be a producer," says Saraf. "But what I found that I love about producing is that it’s a little bit of everything. I’m involved from the conception of a project through the DVD release. The job is constantly shifting and changing and at every stage, whether it’s the shooting or the post-production or the nagging little business details that never seem to go away. There are parts of it that are maddeningly frustrating or excruciatingly boring and then if you blink you’re having one of the greatest experiences of your life.”

Is Anybody There? opens in select theatres on April 17.

Listen to our entire interview with Saraf here .