close
The string of two straight record breaking months at the domestic box office came to an end in March. 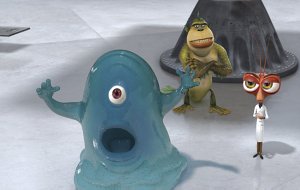 After the record breaking box office performances of January and February, hopes were high for March of 2009 to bring more of the same. With a line-up that included such high-profile releases as Watchmen, Race to Witch Mountain and Monsters vs. Aliens, the potential of a third straight record breaking month felt like at least a possibility at the beginning of the month.

The first full weekend of March brought Warner’s long-awaited Watchmen, which despite a $55.2 million opening weekend, was simply not able to duplicate the success of the studio’s 300 in 2007. Watchmen suffered especially harsh drops throughout the month as the film didn’t appeal to non-fans of the graphic novel to anywhere near the extent it needed to. The following weekend Disney’s Race to Witch Mountain opened within expectations, but it too has displayed very poor holding power in its own right.

Though Summit’s Knowing was surprisingly strong on the weekend of March 20th, its performance was largely evened out by Paramount’s I Love You, Man and Universal’s Duplicity both opening on the lower end of expectations that same weekend. While I Love You, Man has held up nicely since then, Duplicity clearly has not.

After a string of softer than expected results, March 2009 did end on a very high note with the 1-2 punch of Paramount’s Monsters vs. Aliens and Lionsgate’s The Haunting in Connecticut. While the success of Monsters vs. Aliens came as no surprise, the success of Haunting in Connecticut certainly did. The combined grosses of the two films over a span of just five days helped out the month as a whole greatly.