close
Ron Howard's adaptation of Angels & Demons is receiving a different reaction than its predecessor, The Da Vinci Code. 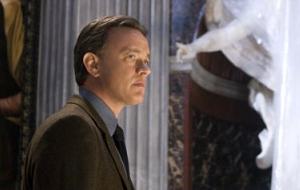 Catholics should fear no evil consequences from the release of Angels & Demons, the film adaptation of the Dan Brown novel of intrigue and conspiracy inside the Catholic Church.

Even the Vatican, which strongly objected to the 2006 film The Da Vinci Code, has muted its criticism, calling the new film “two hours of harmless entertainment, which hardly affects the genius and mystery of Christianity."

Sophisticated marketing on the part of studios and the enormous success of The Da Vinci Code, has helped dampen opposition this time around, say experts, who note that controversial films with religious themes hardly affect people’s faith.

“I appreciate the Vatican’s response to Angels & Demons,” said Craig Detweiler, associate professor of theology and culture at the Fuller Seminary’s School of Theology in Pasadena, CA. “It shows they learned from The Da Vinci Code that sometimes a movie is just a movie.”

Studios, too, have learned to court the faith community when a controversial film is set for release.

Sony Pictures hired Grace Hill Media, the public relations firm that specializes in marketing films to the faith community. The company has worked on behalf of hundreds of films, including Superman Returns, Evan Almighty, Walk the Line and The Da Vinci Code.

Typically, the firm offers early showings of movies to churches and religious interest groups in an attempt to either boost a movie’s appeal or ease fears over a film’s content.

Detweiler, who is taking his class to see the film when it opens this Friday in the U.S., said studios are smart to court religious communities.

“It’s in their best interest to entertain without undermining the faith” of the countless number of churchgoers who pack theaters each week, Detweiler said. “That’s just good business. Catholic dollars are just a green as any other moviegoer’s."

Detweiler also believes that the experience with The Da Vinci Code, which had an opening weekend take of $77 million ($84.5 million when adjusted for inflation) and a cumulative domestic gross of $217.5 million ($238.5 million adjusted), should have taught the church an important lesson. Dan Brown was able to make preposterous tales sound plausible precisely because the church has been so secretive about its own history and operation. A little more transparency would make the Roman Catholic church less of an easy target, he argues.

That notion doesn’t sit well with Lino Rulli, host of The Catholic Guy, a radio show broadcast each weekday on Sirius XM satellite radio. Rulli says the Catholic Church is an easy target because it is a huge organization and has thousands of years of history, art and architecture behind it.

Rulli, who has not read either of Brown’s novels nor seen either film, says he is not worried about the movie and neither will most Catholics.

Italian Catholics, especially, won’t be fazed by Angels & Demons, which recently premiered in Rome and uses the Vatican and other Roman landmarks as sets.

“In Italy, no one has a problem with it,” Rulli said.

American Catholics, who may not be as familiar with Vatican history, may be more susceptible to the historical liberties Brown took, Rulli said.

If the movie ruffles any feathers, it will be because Catholics have a special relationship with their church and don’t like it when facts are stretched or even fabricated about its history.

“We think of the church as our mother,” Rulli said. “Our attitude is, ‘don’t talk about my Mom like that. You’re making stuff up and we don’t like it.'”