close
With a particularly competitive release schedule, some films will maintain their audience better than others. 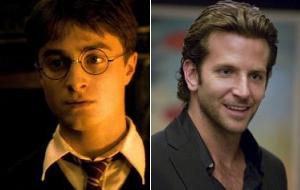 Summer movies rake in more and more cash on opening weekend each year. Conversely, their grosses tend to fall, fast and furious style, during week two.

Take this summer‘s first bona fide blockbuster, X-Men Origins: Wolverine. The superhero saga’s earnings plummeted 68 percent from its first to second weekend. Under less competitive circumstances the film could have earned $200 million during its domestic theatrical, now it will probably finish with around $175 million.

Will that disparity ultimately catch up to Hollywood and its Summer ‘09 bottom line?

Moviefone editor in chief Scott Robson says the trend of films opening big and then crashing on week two “doesn’t seem to hurt anything right now.”

“People have become conditioned to say, 'I gotta see it on opening weekend,‘” Robson says.

That initial wave “will recoup a lot of your production costs and most of your marketing costs right off the top,” Robson says. “If you’re able to sustain in theaters for several weeks, that’s icing [on the cake]. And don’t forget global distribution and DVD [revenues].”

Summer movies rarely have the kind of sustained run films used to have all year around, he adds.

Some potential exceptions exist this year, particularly with Star Trek which enjoyed glowing feedback from audiences and critics alike.

“There’s a huge population of Trekkers out there, a lot of those people are older now, and they tend not to race out and see it that first Friday night.”

The forthcoming Harry Potter and the Half-Blood Prince should have legs, too, as potential sleeper The Hangover may as well. The R-rated comedy about the day after the mother of all bachelor parties could duplicate the business done by Wedding Crashers four years ago, he says.

“If you have $250 million, does it matter if you get there in three weeks or six weeks?” Collins asks.

Still, the word of mouth campaigns that fuel films during other parts of the year rarely apply to summer films.

“Film is perishable. There’s no more Forrest Gumps Titanics. Everything is a powerful hit and run,” he says.

Not everyone thinks the summer box office drops are harmless to the industry.

Dennis Toth, a movie columnist and film financing consultant with New York-based R&R Consulting, predicts each weekend’s allotted blockbuster will take in roughly $70 million and then bottom out.

Most likely, the drop ratio during the summer will begin to accelerate during the second half, Toth says.

Those big opening weekends might give nervous studios a sense of relief, but the big picture isn’t so rosy, Toth suggests. He discounts the notion that the film industry is recession proof, and says come fall studios will realize the summer didn’t meet economic expectations.

“I am not expecting an industry panic to really set in until October,” he adds.

And pity the poor smaller films trying to squeeze into the marketplace, Toth says. The current distribution system leaves little room for them, even if the films in question deserved to be seen no matter the time of year.