close
Even if the summer is full of blockbusters, there's always room for a film that appeals to a different audience.

The Art of Counterprogramming 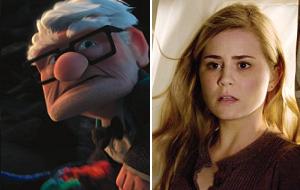 Studios know it’s all but impossible to steal the thunder away from their competitors when said competitor releases a Terminator Salvation or Star Trek on any given weekend.

But there’s still an art to counterprogramming against a certain blockbuster, an inexact science that can provide damage control and, in some cases, yield unexpected results.

Last summer showed the strategy can work brilliantly when done just right. On July 18, 2008 the year’s biggest film hit theaters, the Batman sequel The Dark Knight. The same weekend, Universal deposited Mamma Mia! into cineplexes. The latter went on to snag the biggest opening weekend for a movie musical.

Summer ‘09 has a bevy of similar matchups coming our way soon. In July, Ice Age; Dawn of the Dinosaurs will face Public Enemies while Harry Potter and the Half-Blood Prince and (500) Days of Summer hit theatres the same week. In August, the female-friendly Julia & Julia squares off against G.I. Joe: The Rise of Cobra.

The just-wrapped weekend featured a classic counter programming gambit. Terminator Salvation, which every young male presumably wanted to see, against Night at the Museum: Battle of the Smithsonian, a film aimed at their kid brothers and sisters. While NATM2 may have initially been viewed as counterprogramming to the Salvation juggernaut, it ultimately proved to be a superior box office draw.

This coming weekend’s steel cage match between the horror film Drag Me to Hell and Disney/Pixar’s UP is another example of two radically different films that should have no problem finding their audiences.

If a father goes to the movies to see Terminator Salvation, it's possible his wife will bring take the kids to see the Night at the Museum sequel, Medved says.

Counterprogramming focuses on a big film’s opening weekend, but studios should also consider the movies opening the weekend before—and after.

Rolling out Confessions of a Shopaholic earlier this year just after the release of He’s Just Not That Into You turned out to be a bad decision, Medved says.

“Both films appealed to the same audience,” he says.

“How many times have people been running out of the house to see a movie with Ed Asner,” asks Medved, referring to the veteran actor’s vocal work in UP. “It’s a story about an old geezer which doesn’t sound like box office potential, but neither did a rat who likes to cook. They take these stories and turn them into gold.“

“Nothing propels the movie business like a series of good movies. Once you’re in the habit of going to the theater, it’s an insatiable experience,” he says.