close
Would Walter Matthau, star of the original The Taking of Pelham 1 2 3, still be a leading man today?

The Face of Stardom 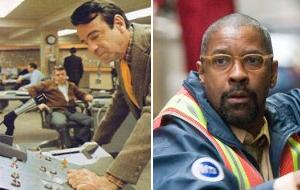 Oscar winner Walter Matthau might have a tough time getting lead roles if he were working in today's Hollywood.

It has nothing to do with his singular talent. Matthau’s hangdog visage might not pass muster in an age where movie stars look like Brad Pitt, Tom Cruise and Zac Efron.

The new remake of Matthau’s classic urban thriller The Taking of Pelham 1 2 3 casts former Sexiest Man Alive, Denzel Washington, in the role Matthau made famous. It isn’t an accident.

Few of today’s biggest stars look like the guy or gal one might find sitting next to them on a subway.

Scott Robson, editor in chief at Moviefone, says audiences were more receptive to unconventional actors during the 1970s. Think Dustin Hoffman, the Oscar winner who became a superstar in the ‘70s despite having too much nose and not enough height.

Even the era’s “pretty boys,” like Paul Newman and Robert Redford, were “roughed up and scuffed up,” Robson says.

Today’s film stars may look similarly bedraggled on screen, but it’s usually a snap to see the beauty beneath the scars.

It wasn’t always this way.

“There is actually a long tradition of audiences rooting for actors on the silver screen who don't fit the mold of the traditional Hollywood movie star,” says NYU professor Reed Martin, author of the new book The Reel Truth: Everything You Didn't Know You Need To Know About Making An Independent Film. “That's why many of even the best-looking Hollywood icons will gain weight, wear prosthetics, or go without make-up to make themselves look plain for certain roles.”

Martin, who applauds Washington for gaining weight to play the hero in Pelham, says Russell Crowe is another example of an actor willing to muss up his handsome visage to nail the right role.

“Similarly, audiences can root for Paul Giamatti even when he's playing paunchy and unlikable, because he acts as a surrogate for the audience, allowing them to project themselves in whatever extreme or challenging situation,” he says.

Giamatti is one of the few actors who snares leading man roles without looking like the prototypical leading man.

“I think you have a situation where the extra weight and the exhausted-looking bags under his eyes are actually working for him and making his characters instantly believable and relatable to audiences,” he says, particularly with the actor‘s recent Christmas comedy. “He's just a regular guy who looks like many of us do at the end of a long cross-country trip.”

Will Ferrell isn’t movie-star handsome, but he keeps getting cast in leading roles—and doffing his shirt to show his rubbery physique, Robson says. The same can be said for Jack Black.

“You get a lot more leeway in comedy,” he says.