close
Like April, the month of May set a new box office record, but fell short of setting a record when adjusting for inflation. 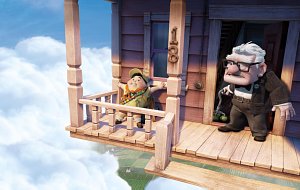 The monthly box office for May 2009 set a new record for the month. A new monthly record has now been set in four of the first five months of 2009 thus far, with the lone exception being March. The overall box office for the month of May totaled $1.02 billion, which outpaced the $949 million box office of May 2008 by 7 percent and topped the previous May record of $952 million set in May of 2003. However, when adjusting for ticket price inflation, May of 2009 fell short of the $1.14 billion adjusted record of May 2002, as well as the adjusted performances of May 2003 and May 2004.

May 2009 was especially similar to May 2003, in that every weekend in May 2003 delivered at least one film that ultimately crossed the $100 million mark. The May 2003 lineup included X2: X-Men United, Daddy Day Care, The Matrix Reloaded, Bruce Almighty, Finding Nemo and The Italian Job.

Four May 2009 releases crossed the $100 million mark by month’s end, and a total of six will achieve that milestone when everything is said and done. The first release of the six was Fox’s X-Men Origins: Wolverine. The part prequel, part spin-off to the X-Men trilogy delivered the largest opening weekend of the month ($85.06 million), but fell apart in its second weekend with the debut of Star Trek. Paramount’s sci-fi franchise relaunch opened roughly $10 million below Wolverine, but displayed very strong holds throughout the rest of the month thanks to exceptional word of mouth. Star Trek claimed the month’s highest total gross with $209.31 million. Together grosses for Star Trek and Wolverine represented a very noteworthy 37 percent of the month’s total box office take.

A trio of sequels was unleashed over the next two weeks. The first of the three, Sony’s Angels & Demons, was unable to duplicate the success of 2006’s The Da Vinci Code. However, that was widely expected by the time the film had arrived in theatres due in part to a much lower level of mainstream name recognition. At the same time, Angels & Demons was able to clear the $100 million mark by the end of the month and performed significantly better internationally.

May 2009 ended on a very high mark though with the launch of Disney’s UP. The latest computer animated film from Pixar opened above its lofty expectations and delivered the largest opening weekend of any Pixar release since 2004’s The Incredibles. Given the highly positive word of mouth already surrounding the film and the traditionally strong holds most previous Pixar films have displayed, UP could give Star Trek a run for its money when it comes to the highest final gross among May's releases.

For the month of May, the top ten films were as follows: