close
After the shocking death of Michael Jackson, a movie about his life probably will not be far behind.

Ripe for a Biopic 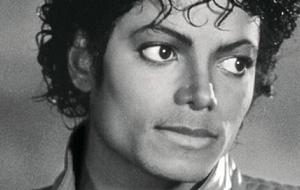 Until this week, Hollywood hasn’t considered the life of Michael Jackson worthy of a big-budget biopic. Sure, we’ve seen countless Jackson imitators on screens big and small, most recently with Diego Luna playing the part in Harmony Korine’s Mister Lonely.

But with the shocking death of Jackson Thursday at the age of 50 all that may change.

How could Hollywood resist telling the remarkable story of one of music’s most innovative—and maddeningly eccentric—talents? Jackson’s life story screams out for a thoughtful, dynamic biopic, although any such feature would likely pale compared to Jackson’s oversized talents.

John Wildman, head of press and public relations for AFI, says the template already exists for a biopic of this size and stature.

The hokey television treatments we’ve seen in the past are outdated, Wildman says.

“The success of films like Ray and W. show that feature films and top directors can take these subjects seriously and really give the legitimate care they deserve,” he says.

Wildman suspects name actors would line up for the role.

“It screams award consideration if it got the proper treatment,” he says.

Jackson’s life affords more than enough for a half dozen biopics, but the mystery behind his activities could lend itself to an unconventional approach.

“One way would be a warts and all look pulling the curtain back on him,“ he says. “Or, it could be the type of symbolic treatment to use him as a conduit to describe our celebrity culture.”

“That’s the way the biopic ends, with either a huge comeback or the death of the performer,” Riley says.

Casting the lead role would certainly be a challenge. Apply too much makeup and it looks like a caricature. But how else can Hollywood recreate Jackson?

“You’d have to get a newcomer. Choose anyone else, and you’d be seeing an imitation,” she says. “I don’t think anyone established would want to touch it.”

The actor wouldn’t necessarily have to sing like Jackson. Any biopic would likely dub in the singer’s iconic high notes.

“He’d have to have that undeniable star quality rather than the great voice,” she says.

Choosing the right director might be even more difficult. Riley suggests Taylor Hackford, who brough Ray Charles to life with Ray and previously produced La Bamba.

If not Hackford, then perhaps a “gritty” indie director, like Steven Soderbergh, who can explore Jackson’s performing career—and his sundry demons.

“There’s a lot of material there,” adds Riley.

Audiences in the millions snatched Jackson’s records off the shelves for decades. Riley suspects crowds will reappear to see Jackson brought back to life in movie theaters.

“Would they line up to see it? I think so, unless it was universally reviled by critics,” she says.