close
BOXOFFICE caught up with the director and star of The Stoning of Soroya M., an intense new film about the barbaric practice. 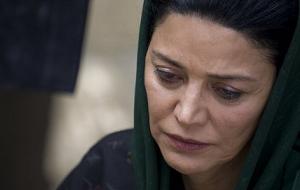 With the current political turmoil taking place in Iran, the entire world is paying attention to the violence and bloodshed that is plaguing the country. Yet in the small villages of Iran there is a barbaric method of punishment that is still practiced, and it is receiving far less media attention.

With The Stoning of Soroya M., which is currently playing at select locations, writer/director Cyrus Nowrasteh uses the death of one woman at the hands of the village she lived in to shed light on the disturbing practice of stoning. Soroya M. is based on the true story of a writer (Jim Caviezel) whose car breaks down in a small Iranian village and is approached by a woman named Zahra (Shohreh Aghdashloo) who proceeds to recount the titular stoning in the hopes that the injustice will reach the outside world.

The story is gut wrenching and at times difficult to watch as Soroya M. is rapidly and irrationally led to the slaughter by an abusive, greedy husband and complacent villagers. Soroya M. is certainly moving audiences, considering that it recently won the Audience Award for Best Narrative Feature at the Los Angeles Film Festival.

The stoning sequence itself, which was filmed over six days, certainly doesn't shy away from the reality of the situation, and moviegoers may draw comparisons to The Passion of the Christ. For Nowrasteh, there really was no other way to shoot it.

"I felt that it would be a disservice to all of those women, and there are even too many to keep track of," says Nowrasteh when asked if he ever considered being less graphic. "I wanted the audience to never forget what they witness here. To see the stoning as it is done, and how it is done."

For Nowrasteh, who also served as a writer on The Path to 9/11 and The Day Reagan Was Shot, there were some real-life examples of stonings that he was able to directly draw from.

"I have seen them on tape, they're horrible," he says. "I felt [the stoning sequence] needed to be powerful and graphic, but not so much where people are screaming out in the theater."

For Aghdashloo ( The House of Sand and Fog ), Soroya M. represented a drastic change of pace from her recent performance in The Sisterhood of the Traveling Pants 2, which allowed her to visit beautiful locations and have fun with the young cast. The process of making Soroya M. definitely came with some disturbing moments for Aghdashloo. It wasn't always easy to shake the graphic nature of the project at the end of the day.

"Every night when we used to come back to the hotel, I would do my chores and go to bed and try to sleep," recalls Aghdashloo. "As soon as I would sleep I would see myself just coming back from work and I would open the bathroom door and see a dead infant floating in the bathtub, and then I would wake up. It was so horrible, that I would wake myself up."

Even though Soroya M. represented an intense filming experience, Aghdashloo is very proud of the film's strength.

"This movie needs to be shown in the countries where it is most needed to be watched," says Aghdashloo. "Not only in the capitals and big cities, but it also should find its way to the villages on the backs of camels and donkeys and it would be shown on a piece of white material to villagers who have no television yet."

After filming wrapped, Aghdashloo and co-writer Betsy Giffen Nowrasteh each wrote Soroya's name on a piece of paper and sent it down a local river as a gesture of completion.

"I prayed for her soul and begged of her to let me alone now that I have paid my dues and fulfilled my duty, and now I need to go and do other stories," says Aghdashloo.