Indies on the Web 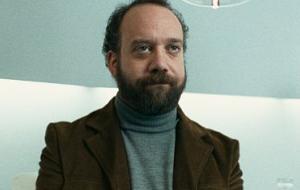 The marketing campaign for the new indie film Cold Souls is heating up on the internet.

The Samuel Goldwyn feature stars Paul Giamatti, playing himself, who decides to temporarily store his soul rather than own up to a poor acting performance.

The studio has undertaken an ambitious online campaign including a fictional corporate site for the company at the heart of the film as well as the film’s own Facebook and Twitter pages. Visitors to the various Cold Souls sites can upload their own souls to the web and post it on one‘s Twitter page, steal the souls of friends and even sign up to win movie posters signed by Giamatti.

And the studio isn’t breaking the bank in the process.

Neil Marks, head of marketing with Samuel Goldwyn, admits his studio “doesn’t have deep pockets.” But the beauty of some online ad campaigns is they don’t need big bucks.

The studio spent money designing the various web sites and purchased “cost-per-click” fliers on Facebook. The rest, so far, has come from a curious public.

The film’s Facebook page has 2,400 friends in just a few weeks of operation, and while that number may be modest the fans in question are active with comments and spreading the word about the film.

“We’re averaging 10 visits per fan. People are coming back,” he says.

Samuel Goldwyn isn’t the only independent studio leveraging the web to market its films.

“There is no other site that is more important to us achieving viral success than Facebook,” McGraime says.

Magnolia creates Facebook pages for all of its titles and leverages the site’s various applications to help visitors share the information with other users. The site helps Magnolia conduct sweepstakes, provide online chats with filmmakers and talent and update fans on the latest information about a given film.

Doing so, however, can be labor intensive, and independent studios typically don’t have the kind of resources the majors do when it comes to marketing teams. It’s up to interns to provide daily updates to the various Facebook pages.

The Facebook page for Magnolia’s Food, Inc attracted more than 11,000 fans without the benefit of advertising directly on Facebook, McGraime adds.

One successful part of the campaign featured a live video chat with food industry expert Michael Pollan, a move which allowed people to submit questions via Facebook and Twitter accounts.

The result? The subsequent posts generated from the chat exposed thousands to the film.

“That is the true viral value of Facebook—not just the interaction with a given fan directly, but also the exposure you get amongst all of their friends,” he says. “The potential is limitless.”

Online marketing campaigns can measure hits, click through rates and other tangible numbers, but does that always result in box office success?

All a studio can do is raise awareness and hope the public does the rest.

“It’s impossible to measure the exact connection between web activity and the box office,” Marks says. “Even exit polls aren’t an exact science.”