close
June marked another record breaking month at the box office, but it fell short of the inflation adjusted record. 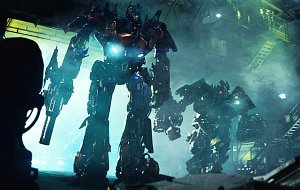 For a third straight month a new monthly record was set at the domestic box office. However, as was the case in both April and May, the combined box office for June of 2009 fell short of setting a new record when adjusting for ticket price inflation. The overall box office for June totaled $1.09 billion, which topped the previous June record of $1.04 billion (set last year) by 4.8 percent. The adjusted record for the month stands at $1.16 billion and is shared by June 2002 and June 2004.

The performance of the box office in June was especially impressive given that heading into the month it appeared that matching June 2008 would be a tough task. But thanks in large part to the extraordinary holding power displayed by both Disney’s UP and Warner’s The Hangover throughout the month; June 2009 was able to exceed expectations.

After a stronger than expected opening weekend at the end of May, UP experienced terrific weekend declines of 35 percent, 30 percent and 24 percent, before finally falling 44 percent during the last weekend of the month. The Hangover, which is clearly one of the year’s most profitable and most surprising releases, saw even smaller weekend declines of just 27 percent, 18 percent and 36 percent after its opening weekend performance during the first week of June. Together grosses for the two films represented 34.5 percent of the month’s total box office.

The other big story in June was Transformers: Revenge of the Fallen. The highly anticipated sequel from Paramount and DreamWorks opened with $200.1 million in its first five days of release. The film grossed $228.4 million in its first seven days, which made it the highest grossing film of the month. Prior to the release of Transformers 2, June of 2009 frequently trailed the pace of June 2008, but that trend turned around very quickly with the unleashing of Transformers 2 on June 24th.

Disney had another very solid June performer in The Proposal. The romantic comedy exceeded expectations and delivered the largest opening weekend performance to date, both unadjusted and adjusted, for star Sandra Bullock. The Proposal benefited from an advertising campaign that worked very well and from being an alternative to the many sci-fi and action films of May and June.

Another impressive aspect of the record breaking performance in June was the fact that four of the month’s nine wide releases were notable disappointments to various degrees. While expectations were modest for Paramount’s Imagine That, the Eddie Murphy vehicle was dead on arrival and was barely able to outgross last year’s Meet Dave, Murphy’s last box office bomb. Sony’s The Taking of Pelham 1 2 3, which opened during the same weekend as Imagine That, did manage to debut on the lower end of expectations. However, the thriller starring Denzel Washington and John Travolta held up much weaker than expected in the days after its opening weekend and also carried a lofty price tag.

Sony also experienced disappointing results with Year One. The comedy starring Jack Black and Michael Cera looked to be in good shape after its first day of release, but fell-off extremely quickly the following day and wasn’t able to regain any momentum afterwards. The month’s biggest disappointment was arguably Universal’s big-screen adaptation of Land of the Lost. The expensive Will Ferrell vehicle was unable to hold its own against the surprising debut of The Hangover at the beginning of the month and like Year One, also fell off rather quickly after its opening weekend.

For the month of June, the top ten films were as follows: