close
Studios will try to avoid the dumping ground stigma that surrounds the summer's last month. 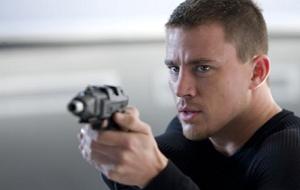 It’s almost August, and Hollywood’s quiver full of tent pole features is all but empty.

Looks like it’s time to dread September and long for the start of the Oscar film season in the fall.

Think again. This summer is far from over, neither by the calendar’s measure nor the grosses to be made by the remaining summer releases.

August once served as a dumping ground for films unworthy of the blockbuster competition. Today, the final full month of summer offers a chance to eke out a few more millions from tent poles features still lingering in theaters and a sleeper surprise or two.

Remember Superbad, a little comedy from 2007 with no bankable stars that still made a bundle? That film’s August opening date didn’t hurt its box office appeal. In fact, the lack of strong blockbuster competition may have sealed its positive fate.

David A. Weitzner, director of the USC School of Cinematic Arts’ summer program, says it’s game on for studio executives no matter the time of year these days.

“If anything, the industry has shown it can produce grosses on any given day on any given month,” Weitzner says.

Sure, August tends to mean less money for film studios than June or July, but there’s still plenty of big hits to be had. This season, that could mean films like G.I. Joe: The Rise of Cobra or even Inglourious Basterds might defy film analyst expectations.

“What you don’t see in August are tent pole films. They want to get out as early as they can,” he says.

Another possible breakout is director Rob Zombie‘s H2. The blood-soaked sequel to his profitable Halloween reboot is set to bow August 28. That’s not too late to snare those final student-filled audiences.

Sean Phillips, executive producer of Yahoo! Movies, predicts this August will be the biggest of all time, both from an audience’s perspective and that of the box office coffers.

Phillips wouldn’t make such a prediction a few years back, a time when August meant “the most egregious popcorn movies” hit theaters.

A quick look at last year’s August lineup, which included the smart comedy Tropic Thunder, shows the month is staging an impressive comeback.

“This August is even more well rounded than usual,” Phillips adds, referencing movies like Julie and Julia, Funny People, which opens on July 31, and G.I. Joe as possible crowd pleasers. “There’s something for everyone.”

The surprise success of Zombie’s Halloween bodes well for his new film, and horror movies tend to have a major sleeper upside.

“ Halloween was an astounding end of summer winner. It played through Labor Day,” says Phillips.

And while the summer season starts earlier each year—this season studios had five weekends in May to work with—the same holds true for the end of summer, he says.