close
Propelled by Transformers 2, the studio has reached an impressive mark with its domestic box office haul. 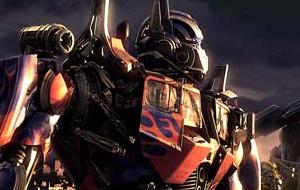 Robots and rocket ships have propelled Paramount Pictures over the $1 billion mark in domestic revenues, making it the first studio to pass the mark so far this year.

The news is important for Paramount and worth crowing about, given the troubles the studio has had in recent years.

Two movies account for more than half that total. The studio’s big summer action film Transformers: Revenge of the Fallen, raced past the $300 million mark in just 14 days, an even more impressive feat given that the pyrotechnic picture was a sequel.

The studio’s other big hit this year was Star Trek, which has grossed $250.3 million domestically.

“This year has been marked by two great events for our studio: the rebooting of the Star Trek franchise under JJ Abrams and the immense performance of Michael Bay’s Transformers sequel,” Paramount Chairman and CEO Brad Grey said in a press release Thursday. “These tentpoles performed wonderfully for us this year and we are excited for what they mean for our business in the years ahead.”

Paramount needs a few more tentpoles to support its shaky canopy. This year alone, the studio saw the departure of DreamWorks, the mini-studio formed by Steven Spielberg and bought by Paramount several years ago. The marriage was rocky from the start and DreamWorks departed the second their contract with paramount allowed them to pursue other options. DreamWorks has since secured independent financing and will distribute its movies through Disney.

Paramount also had a major flop with the Eddie Murphy film Imagine That. The family film bombed, taking in only $15 million after four weeks.

The studio has had to contend with some bad press this year as well.

Transformers director Michael Bay blasted Paramount for blowing the marketing of his film. Bay trashed the trailers as well as the TV and print campaign for the film, then later retracted his zings and praised the studio. The spectacular box office performance of the film has put to rest any concerns Bay may have once harbored.

Then there was the rumor swirling around G.I. Joe: The Rise of Cobra, the big action film Paramount will release next month. Internet posts suggested that director Stephen Sommers was fired after early negative reaction to test screenings of the movie. The rumor turned out to be false, but it has cast a shadow of a doubt over the movie, which is based on the Hasbro military man with the Kung Fu grip.

Still, Paramount’s accomplishment is noteworthy, especially coming as early in the year as it did.

“It’s impressive they reached this level in the first half of July,” says Hal Vogel, an analyst with Vogel Capital Management. “Studios are pretty happy if they go over $1.5 billion by the end of the year. They are well on track to be on target for revenues.”

But revenue is one thing. Profit is quite another.

Both Transformers and Star Trek were costly projects. And Paramount has deals to distribute films made by other studios, such as DreamWorks Animation, which made this year’s Monsters vs Aliens, and Marvel, which made last year’s Iron Man. Such deals limit how much of the revenue the studio gets to keep.

Sanford C. Bernstein Media analyst Michael Nathanson painted a dim picture of Paramount’s fortunes last month, after Imagine That, but before the stellar performances of Transformers and Star Trek.