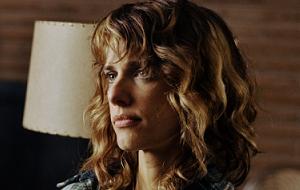 “If it’d been another straight guy who’d had this experience—seeing gay porn—he might have been more self-conscious and not talked about it,” says Lynn Shelton, a friend of Swanberg's and the writer/director of Humpday. Yet without Swanberg’s deconstruction of the experience, Lynn Shelton, writer/director of the upcoming mumblecore comedy Humpday, might never have made her latest film.

Swanberg’s un-self-conscious deconstruction of his Humpfest experience got Shelton thinking about “the relationship between men and gayness—not gay men, but gayness.” In a context that provides room (if not encouragement) for women to be what Linda Williams called “sexual tourists,” Shelton says “there’s no room for men to do that and what’s more, the dialogue there has to include all this awkward joshing around.”

Additionally, this tension complicates other relationships. “I’ve seen in my life that men can have deep, passionate, platonic relationships but can’t simply say, 'I love you.' It’s not like we’re in Italy where men can walk together hand in hand,” adds Shelton.

Shelton’s earlier feature, My Effortless Brilliance is also about the inner workings of male relationships. She gives credit to Duplass and Leonard for the characters they built for Humpday because she says she has a very “Mike Leigh-like approach. I’ve started my last two films with an actor and then spiraled out from there. I want them there early on to be involved with the development of their own characters.” Mark Duplass was the starting point for Humpday. Shelton had intended to cast him as the artist but Duplass asked to be “the domesticated guy.” Duplass then led Shelton to Leonard.

Brining the actors in to build their own characters “increases the naturalism enormously. They’re going to be able to know a lot more about a guy in America in his 30’s.” On set, the story trajectory and what Shelton calls “the emotional map” are set but the dialogue is completely improvised. The crew shoot the scenes in order and Shelton watches from two cameras. “I really let them meander and rub up (against each other) and overwrite and do whatever they need to do in search of that naturalism."

“I’ve always been fascinated by the nuances of human interaction,” adds Shelton, who used to make documentaries. “I really did that to get to interview people—to get inside of them. What I always come back to is the relationship we have with their own sense of self and the vision we have of ourselves, which is usually dissonant with what or how we are.” How this image shifts over time is also part of the equation, and how it shifts in context changes it’s meaning completely.

The role of the wife, played by Delmore, is “the character that keeps the boys honest and, at the same time, she’s the stand in for the audience. It’s really validating to hear her say, 'You want to do what?!'” It’s similarly comical to hear her husband Ben skirt around the art/porn project in pursuit of permission—yes, permission to have sex with his college buddy on film for an audience. “Ben tells Andrew 'I’m married but I can do whatever I want.' And he really wants to believe it. So often in Hollywood it’s a good marriage or a disaffected one. I wanted to be clear that Ben and Anna’s marriage wasn’t either of those. It’s a good marriage and still there’s an inner life that we have and we don’t show it all to our mates. There are other sides to us that can’t be fed by our marriages—I didn’t want to make a statement about it but relationships and selves are complicated. They’re nuanced.”