close
Thanks to a diverse slate of films, Warner Bros. is the second studio to reach $1 billion domestically in 2009. 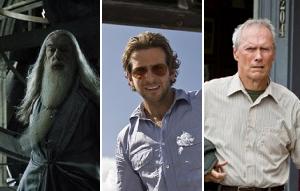 An adolescent wizard, a drunken bachelor party and one very grumpy old man has pushed Warner Bros. past the $1 billion mark in domestic box office—the ninth straight year the studio has hit that mark.

This year, the studio joined the billion-dollar box office club earlier than ever, based on the enormous revenue generated by Harry Potter and the Half-Blood Prince. The studio passed $1 billion in revenue after just 192 days.

Warner Bros. has conquered the $1 billion mark for 10 out of the past 11 years. It is the only studio to pass the mark nine years running.

Half-Blood Prince wasn’t the only film working magic for Warner Bros. The Hangover has raked in $235.7 million domestically so far, becoming the highest-grossing R-rated comedy ever, according to the studio. And Clint Eastwood’s Gran Torino took in $148 million earlier this year, Warner Bros. said.

Like most studios these days, Warner Bros. releases sequels to proven franchises each year—the so-called “tentpole” releases—and then hopes for hits from some of the newer fare. Last year’s tentpole breadwinner was The Dark Knight, the latest chapter in the Batman saga, starring Christian Bale and the late Heath Ledger.

“Currently we’re running 25 percent ahead of last year,” adds Fellman. “By the time the run of Potter is finished, we’ll probably be neck and neck. We’ve got some cushion here.”

Earlier this month, Paramount Pictures became the first studio to pass the $1 billion mark in 2009. Paramount achieved success thanks to the huge success of two films— Transformers: Revenge of the Fallen, which raced past the $300 million mark in just 14 days, and Star Trek, which has grossed $250.3 million domestically.

Warner Bros. still has a strong slate of films ahead, which could propel the studio to within a few bucks of last year’s impressive total of just under $1.8 billion for the year.

This Friday, the studio opens the horror film Orphan, starring Vera Farmiga and Peter Sarsgaard. On August 14, the studio debuts The Time Traveler’s Wife, which stars Eric Bana and Rachel McAdams and is based on a popular novel.

Later this year, the studio is releasing Invictus, the latest film from Clint Eastwood, which stars Morgan Freeman as Nelson Mandela. Also coming is the live action version of Where the Wild Things Are, directed by Spike Jonze, and Sherlock Holmes, starring Robert Downey Jr.

Next year is a bit light on tentpoles for Warner Bros. The studio will have the first part of the long-awaited last Harry Potter film, Harry Potter and the Deathly Hallows. Another film that could score big for the studio is Clash of the Titans with Liam Neeson and Ralph Fiennes. A sequel to the popular music Hairspray will also be released next year.