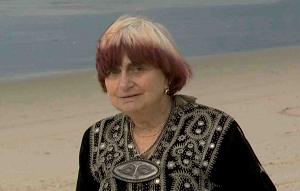 Moviemaking seems glamorous but it’s an onerous effort and most who endeavor it retire early. Some directors, Titans of the field, keep working well into their older years. Agnès Varda is certainly one of these.

It’s often assumed that Varda earned the title “The Grande Dame of the Nouvelle Vague” because she was the only woman in the group. But that’s a tad reductive. It’s similarly reductive to credit Varda's notoriety to her relationship with Jacques Demy, another integral member of the Left Bank of the Nouvelle Vague—though, prior to Demy’s death in 1990, they were quite the power couple. Varda trained her lens on an aspect of cinema that the rest only touched. While emotional realism was a credible goal to most of the Nouvelle Vague (a.k.a. French New Wave), each filmmaker had his or her own terrain to mine. Alain Resnais explored memory, Chris Marker favored time, Francois Truffaut dug into fan culture and Jean-Luc Godard liked (gender/romantic/formal) politics. Meanwhile, Varda was wearing away the thin seam that separates documentary and fiction film.

There are rumors her newest release, Les plages d'Agnès, is her final film. The filmmaker, now 81, met with B OXOFFICE to discuss her love of puzzles and the way that looking back on a storied life has inspired her to piece her life together and, sometimes, get creative with the missing pieces.

Your film is a puzzle: both in the story and in the telling. I am curious about the relationship there, because the idea of people as puzzles is so logical.

(We are) not only puzzles, but we are zapping all along.

Like, we live a thousand lives in one day?

Yes. This is like a contradiction, also appearing all the time. We are puzzles even to ourselves. So the film is built as a puzzle. I have been playing a lot of puzzles. Most of the time you start with the edges of the puzzle (and build inward). In the case of my film, the edges are the beaches. And then you build inside, inside, inside and you end up in the middle. Sometimes, at the end (of the puzzle), the figure appears.

You use clips from your other films as puzzle pieces to fill in the open spaces. It helps us understand the larger body of your work. You are kind of giving us an opportunity to see everything from one step back.

Oh yes, absolutely. But you see everybody takes the film the way they want. The film is really open, and it is like something with ten doors. Some people enter that door, some people the other door, but they enter and they take the film for themselves. Some old people remember the histories, but some very young people enter and see the jokes about my costume being punk and crazy and energetic. They get that. Some people don't age, you know. They get the grace of a love story and that sort of thing. So, they take the film, they eat it, they swallow it. I believe that you just have to decide how you are going to take it. This is finished, and the film doesn't belong to me any longer.

Do you really feel that way?

Yes. It belongs to me as a person, I know I made that film and I love it, I will always love it, but for other people it belongs to them. So, when they say they want an explanation about this and that I say, “Fine. I can give you my keys.” But your keys might be better.