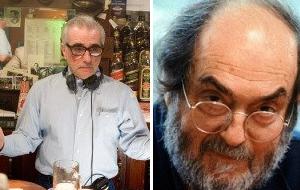 But it still took him years for one of his films to post a boffo box office weekend.

Inglourious Basterds, the director’s talky WWII drama, delivered the ex-clerk just that, scoring more than $37 million in its opening weekend and bringing in healthy receipts abroad.

That’s far more than any of his films, including his critical breakthrough, Pulp Fiction, ever came close to earning during their first three days of release.

It means new commercial life for Tarantino, coming off the colossal bust that was Death Proof, his half of the Grindhouse feature.

It’s also a sign that even veteran directors sometimes wait years—or even decades—before the public sidles up to their brand of storytelling.

Sean Phillips, executive producer of Yahoo! Movies, says Tarantino’s late success has plenty to do with the name above the title.

For years, Tarantino worked with either unknowns or fading stars he hoped to bring back into vogue. This time around, he had Brad Pitt’s mug to help sell his film—even though Pitt plays only a supporting part in the movie.

“Having an A-list star helps fuel both the attraction to the film and help with the marketing and attending premieres,” Phillips says.

The film’s curiosity factor also had an impact—just why did he attempt that creative spelling of the title?

“As soon as Quentin Tarantino hit the scene he was, in critics’ minds, someone to watch, like Scorsese,” he says.

Both directors brought a sense of realism to their work as well as a no holds barred approach to movie violence.

“For the masses it might not be the right time to appreciate their work,” he says

And Scorsese didn't have a truly healthy opening weekend until The Departed opened with $26.9 million in 2006. Up until that point, the director's films such as Cape Fear and Goodfellas slowly built their audiences based on word of mouth.

“In some ways it’s artistically paying your dues,” says Phillips of the gap between a director‘s artistic achievements and economic viability.

Phillips says some younger directors are still honing their talent, and that means their work only attracts a small number of movie goers.

“Directors like Michel Gondry [ Eternal Sunshine of the Spotless Mind ] get involved in some pretty high concept visuals,” he says. “Then, as they learn a bit more and they refine their craft, the movies become more of a cross over style appeal.”

Two other veteran directors could score their biggest grosses ever this year. Wes Anderson, the indie darling responsible for Rushmore, is behind The Fantastic Mr. Fox, an animated yarn based on Roald Dahl’s book.

And Spike Jonze, the music video auteur turned quirky director, is behind Where the Wild Things Are, another movie translation of a cherished book.