close
Video game insiders weigh in on the the interesting concept that is presented in Lionsgate's Gamer.

The Future of Video Games? 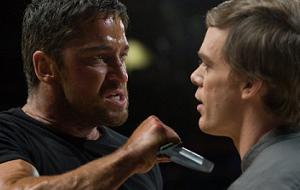 Mixing movies and video games together has seldom resulted in universal success, as the concoction is often a product that is either bemoaned by critics yet loved by spectators, or vice versa.

Directors Mark Neveldine and Brian Taylor (the two Crank films) hope to reverse this perception with their latest project, Gamer, a film that is described as “a high concept action thriller where the worlds of gaming and entertainment have evolved into a terrifying new hybrid.”

Compared to how games are portrayed in films such as Grandma’s Boy and The Wizard, Gamer attempts to show a far more serious and realistic examination, a view that does not seem that far-fetched, considering the constant push in gaming towards photo-realistic graphics and motion controls. This begs the question: is Gamer a look at the future of the video game industry?

Sid Shuman, senior editor at Gamepro.com, and Kyle Orland, a freelance video game journalist, are skeptical of this claim. To them, the influence of Gamer will be attributed to how it presents itself to audiences.

“If this film portrays [human-based] gaming as a totally realistic and inevitable end point for our current gaming obsession, I think that the industry and players will be offended,” Orland says. “However, if it is shown as a crazy, over-the-top ‘what if’ stories, then I think that gamers could happily go along for the ride.”

Shuman expresses doubt over whether this film will have any influence in video game culture, citing Hollywood’s predictability and focus on attracting “the young male 18-35 demographic.”

However, William D. Snizek, a freelance writer who used to work for Ziff Davis Media, expresses a more positive outlook on the film.

“I think that we are ready for this type of satire,” says Snizek. “Gamers have been avoided as a sub-culture for so long that I think most of us are happy to be recognized by Hollywood at all.”

Unlike other films based on video games, Gamer uses video game concepts as a means to tell its story, rather than basing its story on an existing property.

“It looks to be using gaming concepts to give a structure to the narrative, almost like Tron did decades ago,” says Orland.

One of the film’s key storytelling points is the use of human beings as video game avatars; considering the push towards increased interactivity with motion controls and Microsoft’s Project Natal, it is entirely possible that this new art could eventually imitate life.

In fact, considering the popularity of gritty, first-person based games like Gears of War and Call of Duty, it may be possible that realism will eventually supersede style in the gaming industry.

“Just like how an art gallery has more than just portraits, there will always be not just a place, but a demand for games with unique art styles,” he says.

With the effects of the recession being felt throughout the entertainment world, the video game industry has proven quite resilient. According to Nielsen, the average number of video game purchases in the past six months was up 18 percent.

Statistics like this prove that games have become near omnipresent in our culture.

“I think that games will be everywhere, in many forms ranging from mobile to PC to on-demand services like OnLive,” says Shuman about the future of gaming.

As Gamer nears release, it's certain to draw attention not only from loyal supporters but also from harsh critics of the gaming industry.

“They are generally out-of-touch and looking for media exposure; many of them have never played a game,” says Shuman about gaming industry critics.

The opinions that should be considered from critics, though, are the ones that deal with the movie as a whole. After the recent failure of Crank High Voltage, Neveldine and Taylor could use a hit.

Snizek thinks that Gamer could be the ticket.

“I think that this film could do well; while the first Crank was a great movie, I wasn’t interested in the sequel because I thought that the main character was dead after the first one. The idea of him coming back seemed out there,” he says.

Shuman thinks that this film could signal success for actor Gerard Butler, he likens the rising actor to “the next Russell Crowe.”

Gamer is set to hit theaters on September 4.