close
A combination of conventional and unconventional marketing has helped the new sci-fi flick gain attention. 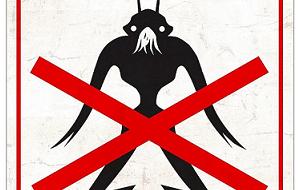 Sony, the studio behind the new science fiction feature District 9, employed the usual online marketing tools to get people psyched about the movie. It even created a faux corporation web site based on the wicked one featured in the film.

But the studio didn’t ignore traditional marketing tactics. And if you happened to visit a bus station over the last few weeks you might have seen a clever poster for the film plastered on a nearby surface reading “For Humans Only.“

Rumors of the death of traditional movie marketing, clearly, have been exaggerated.

Internet-based campaigns have added “to the complexity and the expense” of a film’s ad campaign, Marich says.

“You still need the old media,” he adds.

Very few movies have succeeded solely on a new media-centric campaign, he says. A few exceptions include The Blair Witch Project which practically originated how to leverage the web to increase interest in a film, and 28 Days Later, he says.

“That worked with very light traditional media and some razzle dazzle in new media,” he says of the 2002 horror hit.

New media can whip up a mini-sensation online, but online marketing attempts tend to be “slow loads,” Marich says. It takes a while for people en masse to see a particular online ad campaign or video.

But a TV commercial in just the right spot can still move millions to action.

“If anybody thinks traditional media for marketing [movies] is dead I invite them to watch the Super Bowl,“ he says of movie sneak peeks on the big telecast. “They load fast and instantly get you a big audience.”

Old school techniques can have a major impact on a film, and it’s been that way for decades. Marich recalls the iconic “no ghosts” logo for Ghostbusters which appeared across the media landscape in the early 1980s before that comedy hit made it to theaters.

“The studios are astute marketers and they know that in today's fractured and evolving media market, a blend of old and new media is now essential,” Devine says.

The new District 9 is benefiting from this approach, and so, too, will James Cameron’s hotly anticipated science fiction film Avatar to reach “their demographic sweet spots,” he says.

The new media can be rewarding if a viral campaign takes off, but so, too, can an old media approach which creates exposure for a particular film.

“It's an evolving science and the mix with old and new continues to be tweaked,” he says.