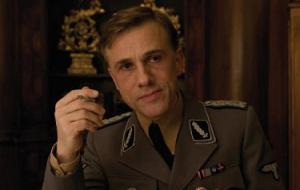 Sometimes a star is born a little later than usual.

Waltz took home the Best Actor’s prize at this year’s Cannes Film Festival for his work in the movie, and his very first scene in Basterds reveals why.

The 52-year-old’s career will never be the same once audiences see his fiendishly modulated SS officer in action.

Waltz isn’t the only actor who took his own sweet time in becoming an overnight sensation.

Comedian Rodney Dangerfield—who once worked under the stage name Jack Roy— toiled irregularly on the comedy circuit before becoming a middle-aged movie star thanks to Caddyshack.

Morgan Freeman played several roles on the long-running kiddie show The Electric Company during the 1970s, and virtually no one above the age of 10 knew who he was. He went on to become an in-demand actor, voice-over expert and, later, an Oscar winner.

Sometimes an actor forces Hollywood’s hand. Take Billy Bob Thornton, someone who lacked movie star looks but managed to carve out his own niche all the same thanks to his directorial debut, Sling Blade.

One of Hollywood’s biggest stars took a while before he started headlining blockbuster films.

Ashley Dos Santos, a Senior Account Executive at Crosby~Volmer International Communications, says Jack Nicholson labored in a series of B-movies under the direction of Roger Corman before Easy Rider reset his course.

And Dame Judi Dench is practically an Oscar night regular, but it took an eight-minute role in Shakespeare in Love to solidify her star status.

She was 63 years old at the time, Dos Santos says.

“Though a renowned theater actress in Britain all her life, Hollywood never gave Dame Judi her due until she became a senior citizen,” she says.

Today’s movie stars are generally christened “the next big thing” in their late teens or early 20s. Not so with Nicholson and Dench.

“By Hollywood standards today, Jack and Judi were both past their prime,” she says. “However, their acting prowess speaks for itself and shows that youth and 'traditional' beauty do not always win when competing against true talent.”

Fandango.com spokesman Harry Medved points to Richard Farnsworth’s memorable turn in David Lynch’s The Straight Story as an example of a much older actor capturing the public’s imagination for the first time.

Another relative old timer, Wilford Brimley, worked regularly as a character actor before finding his own breakout part. Ron Howard‘s Cocoon gave Brimley exposure to a much wider audience than ever before, Medved says.

The same goes for James Cromwell, a tireless character actor who received a shot of late fame by starring in the Oscar-nominated Babe.

This weekend could change Waltz’s career - and lifeforever. The same could be said for last weekend’s box office champ, District 9 star Sharlto Copley. The 35-year-old went from an unknown to the star of the summer’s sleeper hit.

Looks like we’ll be seeing plenty more of Waltz and Copley in the years to come.