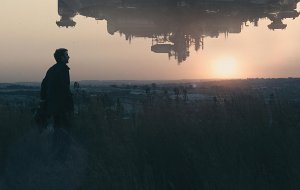 August of 2007 was led by The Bourne Ultimatum, Rush Hour 3, Superbad and The Simpsons Movie (which opened at the end of July). August of 1999 was ruled by The Sixth Sense, which grossed $143.1 million in August alone ($203.1 million when adjusted for inflation). August 1999 was also aided by late July releases Runaway Bride, The Blair Witch Project and Deep Blue Sea, as well as August releases The Thomas Crown Affair and Bowfinger.

While 2009 wasn’t able to set monthly records in either July or August, it has already set a new Summer box office record, with a week still to spare until Labor Day marks the official end of the Summer movie season. Box office receipts starting from the first Friday in May (May 1 this year) through the end of August have totaled $4.18 billion. The previous record of $4.16 billion was set in 2007, while the Summer box office for 2008 totaled $4.14 billion.

However, it should be noted that this Summer’s box office will fall short of the adjusted Summer record that is essentially held by both Summer 2002 and Summer 1999. Summer 2002 boasts an adjusted gross of $4.55 billion, while Summer 1999 boasts an adjusted gross of $4.54 billion. Unadjusted Summer grosses totaled $3.67 billion in 2002 and $3.20 billion in 1999. This Summer was especially strong from May through June, as new monthly records were set in each of those months, though once again, neither month set a new record when accounting for ticket price inflation.

As for this August, the month got off to a shaky start when Universal’s Funny People debuted below pre-release expectations during the weekend of July 31 to August 2. The Judd Apatow directed film starring Adam Sandler and Seth Rogen opened with an underwhelming $22.66 million before falling at least 60 percent during each of the next four weekends. The slow start to the month was the primary reason this August was unable to catch August 2007.

The month quickly rebounded the following weekend though with the release of Paramount’s G.I. Joe: The Rise of Cobra and Sony’s Julie & Julia. The big screen adaptation of Hasbro’s action figure line delivered the month’s largest opening weekend with $54.71 million and represented the fourth largest August debut ever. G.I. Joe was easily the highest grossing film during August, though it was also the month’s most expensive film by far. The much less expensive Julie & Julia opened with a solid $20.03 million and displayed tremendous holding power throughout the month, especially on weekdays.

The box office remained strong the following week with the unleashing of Sony’s District 9 and Warner’s The Time Traveler’s Wife. Anticipation for the modestly budgeted District 9 built as the Summer went on, thanks to a distinct marketing campaign and very strong internet buzz. The sci-fi film exploded with a $37.35 million debut and has displayed solid holding power for a film of its genre. While The Time Traveler’s Wife wasn’t able to break out, it has had a solid run in its own right thus far and will still exceed the expectations most had for the romantic drama at the beginning of the Summer.

August ended on an especially high note during the last two weeks of the month thanks in large part to the performance of The Weinstein Company’s Inglourious Basterds. Like the R-rated District 9, the R-rated WWII film directed by Quentin Tarantino greatly exceeded opening weekend expectations. In fact, the film’s $38.05 million debut was nearly identical to the opening weekend of District 9 one week earlier. Inglourious Basterds has continued to perform very similarly to District 9 through its first 11 days of release, though it should be noted that it was the more expensive of the two films by a significant amount.

R-rated fare continued to dominate on the last weekend of the month, with the additions of two horror sequels into the marketplace. At the start of the Summer, Warner’s The Final Destination was a slight underdog against The Weinstein Company’s Halloween 2. But the tide turned as the release date of the two films approached and The Final Destination easily won the battle between the two, with the added benefit of higher admission prices for its 3D engagements helping out its performance.

For the month of August, the top ten films were as follows:

For the Summer of 2009 (through August 31), the top fifteen films are as follows: