close
Night at the Museum: Battle of the Smithsonian and Ice Age: Dawn of the Dinosaurs were both huge hits. 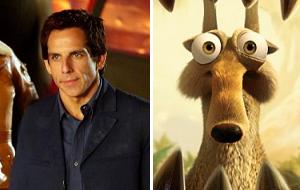 20th Century Fox graciously kicked off the summer movie season with X-Men Origins: Wolverine, and audiences flocked to theaters despite the film’s premature —and illegal—release online.

While Wolverine was met with some mixed reviews, it still managed to grab a healthy $364.9 million worldwide, according to Rentrak. A sequel is currently in the works and other X-Men spin-off films are being discussed.

Night at the Museum: Battle of the Smithsonian seemed a safe economic bet with its cast of superstars, built-in audience and appeal to ticket buyers of any age. Sure enough, NATM2 brought in $407 million worldwide, with Amy Adams’ adorable Amelia Earhart stealing most of her scenes.

Ice Age: Dawn of the Dinosaurs introduced the 3D element into the popular franchise, and audiences eagerly lapped up the extra dimension to the tune of $820.6 million worldwide, easily making it Fox's biggest hit of the summer. Expect a fourth installment soon.

I Love You, Beth Cooper tried to hype awareness with a viral video confession campaign. The film’s online effort faltered, and audiences weren’t eager to watch Heroes cutie Hayden Panettiere on the big screen. Beth Cooper has raked in only $14.7 million domestically since opening in July.

The studio’s Aliens in the Attic will likely score nicely on DVD, but the kiddie film only scared up only $23 million at home during its theatrical run.

As far as Fox Searchlight releases go, (500) Days of Summer is a genuine hit with $25.4 million in the bank domestically. Unfortunately, Adam failed to find a larger audience and My Life in Ruins marked another Nia Vardalos project that didn't even come close to living up to the box office weight of My Big Fat Greek Wedding.