close
Thanks to a reliable teenage wizard, Warner Bros. was able to have yet another successful summer. 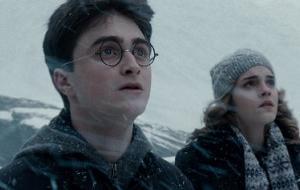 In a summer dominated by loud, explosive action films and tried and true franchises, Warner Bros. started its season off with a romantic re-telling of Dickens’ A Christmas Carol and ended it with a horror film that was strong enough to dominate the Labor Day box office.

And in-between, the studio released three blockbusters, including the latest in the Harry Potter and Terminator series and a break-out hit about the mother of all bachelor parties.

The mostly forgettable Ghosts of Girlfriends Past kicked off Warner’s season. It starred Matthew McConaughey as a modern-day Scrooge, who has forgotten the value of true love. He is visited by three ghosts (including Michael Dougas in the Bob Marley role) and eventually remembers his true love, Jennifer Garner.

The movie only grossed $55 million domestically, but it was a mere appetizer for the main course, Terminator Salvation, which debuted Memorial Day weekend in second place.

Christian Bale’s portrayal of Terminator hero John Connor lost out to Ben Stiller’s security guard in Night at the Museum: Battle of the Smithsonian for first place. Whether Bale’s now-famous tirade on the set of the movie hurt it at the box office is unclear. The film has gone on to gross $125 million domestically and $371 million worldwide, according to Rentrak. Unfortunately for Warner Bros., Sony handled international distribution for the film.

If Terminator ’s second place finish was a misstep, then The Hangover more than made up for it.

The Vegas-based tale of a drunken bachelor party where the bachelor goes AWOL hit the nation’s funny bone just right. The movie was a breakout hit, grossing $270 million domestically and $419 million worldwide.

But the summer’s crowning jewel for Warner Bros. was Harry Potter and the Half-Blood Prince. The film predictably wowed its core fan base, which seems to get bigger every year.

The film served as the set-up for the big finish of the series, which will be split into two feature films. Half-Blood Prince grossed $295 million domestically and a whopping $857 million worldwide.

The studio's Mid-summer offerings weren’t exactly flops, but they suffer by comparison to its bigger hits.

My Sister’s Keeper, a melodrama based on the book by Jodi Picoult, got mixed reviews and snuck under the radar of most moviegoers. Keeper, which starred Cameron Diaz and Abigail Breslin, managed to gross $48 million domestically.

Orphan was heavily marketed as the summer’s great horror flick. But the movie only scared up $41 million domestically.

And the romantic drama The Time Traveler’s Wife, with Eric Bana and Rachel McAdams, was overshadowed by the aliens in District 9 on its opening weekend. The movie has grossed $55.8 million domestically.

While the last three movies weren’t grand slam home runs, they were enough to help push Warner Bros. to the top spot at the summer box office.

That position was helped by an unlikely capper to the summer season, The Final Destination. The fourth film in the horror series marked the latest 3D success and audiences were interested enough to make it the top movie at the Labor Day box office despite competition from All About Steve and Gamer.

The Final Destination has grossed $50.6 million so far domestically.