close
The blockbuster union of Disney and Marvel is bound to have industry insiders talking for a long time to come. 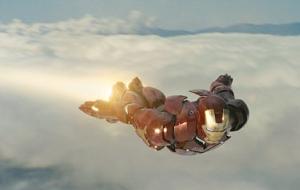 Spider-Man, The Incredible Hulk and dozens of other Marvel Comics heroes have withstood the worst that the assembled super villains have had to offer.

But can our colorful heroes beat back Mickey, Goofy and their animated pals?

News of Disney’s $4 billion buyout of Marvel Entertainment Monday is sending shock waves through Hollywood. Yes, the house that Mickey built is now in charge of the hyper-lucrative superhero franchise factory.

A dozen years ago the news wouldn’t have been nearly as seismic in its impact. But moviegoers have shown they can’t get enough of Marvel’s brand of super heroism, be it the web-slinging Spidey or the metallic Iron Man.

And with planned superhero films based around the Sub-Mariner, The Avengers, Captain America, Thor and much more in the works, what impact will Disney’s acquisition have on future comic book movies?

The move won’t affect every superhero franchise. Fox still owns The Fantastic Four and is planning to reboot that franchise. That studio also oversees any new Daredevil or Silver Surfer related movies, as well as the X-Men universe.

Michael Uslan, executive producer of all the Batman features and a comic book historian, says the movie is a win-win for both businesses.

“Marvel has a coolness factor to it. It’s very hip. Disney doesn’t have that image,” he says. That makes comic book fans “nervous.”

“They don’t want their character Disney-fied,“ he says.

If Disney’s absorption of Pixar is any guide, comic fans should breathe a little easier.

“They let the great animators go out an animate,” he says. “I hope they will allow the great Marvel comic artists go out and make great comic books.”

Uslan describes the Disney-Marvel connection as a “good fit, but not a glove fit.”

There aren’t many Marvel characters who fit the Disney mold. Consider Iron Man, whose alter ego, Tony Stark, grapples with alcoholism. And The Incredible Hulk brings a sadness and anger to his stories that seems potentially difficult to translate for younger audiences. Hardly the kind of material you’d see on The Disney Channel.

The move could change the amount of new superhero flicks heading our way.

“Right now, Marvel has Paramount, Fox, Lionsgate and Sony. Now, they’ll eventually be all under one studio. A studio has only x amount of dollars to spend on their development slate … and Disney has other things to do.”

Marvel benefits from the acquisition by getting greater distribution potential for its colorful heroes, many of whom have yet to grace the big screen.

“They’ve already used most of their A-list characters,” adds Uslan.

But, as a second-tier character like Iron Man showed in 2008, “if they allow filmmakers who have a passion for the characters to make the films, those second tier could do wonders.”