close
Hollywood can't seem to make up its mind about how to properly use Twitter for beneficial purposes. 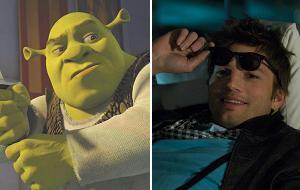 Mike Myers and Cameron Diaz, the stars of the uber-successful Shrek franchise, were reportedly told by their movie studio not to Tweet anything related to the film’s fourth installment, scheduled for a 2010 release.

That means no spoilers, no leaks … nothing the studio doesn’t want put out into the marketplace—at least nothing 140 characters or less pumped out by those working on the film.

Actors have been using Twitter.com for a while now, most notably That ‘70s Show star Ashton Kutcher, one of Hollywood’s most popular micro-bloggers. Unfortunately, his passionate Tweeting didn't help the grosses of Spread. The indie flick sunk without a trace earlier this year.

Some celebrities use the social media platform to leak news at precisely their own time and choosing. When Paula Abdul announced she wasn’t re-signing with American Idol, she told the world via her Twitter account.

Celebrities sometimes say some pretty silly things—don’t we all?—and Twitter allows them to speak out extemporaneously without the help of their publicists or publicity teams to massage the message.

Twitter seems to have the most impact on younger minds, which makes those working on the new Twilight feature, New Moon, particularly susceptible to its digital siren song.

The sequel, scheduled for a November 20 release, could see its buzz affected if critical information leaks from a Twitter happy cast member.

Dave Taylor, a Boulder-based social media consultant and film critic, thinks the studios are acting in a heavy handed fashion.

“The actors have just as much riding on the success of their film projects as the studios do,” Taylor says. “So why not instead explain to them the motivation and concern, then see how it transpires.”

He understands why a studio like DreamWorks would monitor Twitter posts of its stars, but cutting such streams off “is a disservice to both the actor and their fan base, and ultimately the success of the very film project they see to protect.”

Jenelle Riley, National Film and TV Editor with Back Stage, thinks the matter falls under the “there's no such thing as bad publicity“ concept.

“I would think studios would be excited to have stars getting their films free publicity,” she says. “And I would think actors would be smart enough to avoid any major spoilers.”

Riley follows a handful of filmmakers on Twitter, like Juno’s Jason Reitman, and she thinks his postings generate nothing but positive accounts.

“Of course, he's also a very smart, very clever guy!” she says of Reitman, whose next film is the intensely buzzed about drama Up in the Air with George Clooney.

It’s likely the studios’ skittishness is short sighted. Remember the outcry when a leaked copy of X-Men Origins: Wolverine hit computer screens a few weeks before the film reached theaters? Wolverine managed to do just fine at the box office.

It’s hard to imagine a Twilight fanatic deciding against seeing the film if he or she found out information about it before hand.

If anything, that’s precisely the kind of information fans would tweet to their friends—and pump up even more interest in the film.