close
Where the Wild Things Are will try to prove that altering a release date doesn't doom a film out of the gate. 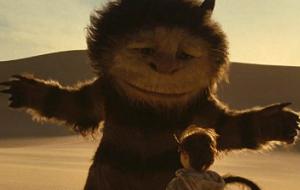 Where the Wild Things Are is coming out Friday—at last.

The film, based on the cherished children’s story created by Maurice Sendak, arrives in theaters nearly a year after its original release date got scrapped.

Yet a few Oscar prognosticators, smitten with the hipster spirit of director Spike Jonze ( Being John Malkovich, Adaptation. ) and the story’s enduring appeal, have added it to their Oscar potential lists.

But release date changes used to be one of the key factors in Bad Buzz 101, right up there with film re-cuts, budget overruns and poor test screenings.

What changed? And is today’s film marketplace one in which a malleable release date means far less than it once did?

Remember the hue and cry over Valkyrie, the Tom Cruise vehicle which got shuffled around the release schedule before finally settling on a December 2008 date. The bad buzz increased every time a new release date was announced, but ultimately the film drew respectable reviews—and box office.

The movie spoke for itself— even if its star couldn’t muster a respectable German accent.

And few would bet against Martin Scorsese’s upcoming film, Shutter Island, even though it got bumped from an October ‘09 release to February 2010. The trailer alone will draw audiences in, and Scorsese’s name should do the rest. The studio in this case, Paramount Pictures, argued it would cost too much to drum up an Oscar campaign for the film while also trying to gin up interest in its other Fall releases— The Lovely Bones and Up in the Air.

Audiences will ultimately decide if the latter is sound reasoning or simply spin.

Ashley Dos Santos, a Senior Account Executive at Crosby-Volmer International Communications, says in the past release date shifts “meant that the movie studio did not have enough faith in their film” to have a consequential impact on its opening weekend.

Now, those formulations aren’t so cut and dried.

A shifted movie could be an attempt to squeeze another $5 million more out of a film’s opening grosses, Dos Santos says.

“ Where the Wild Things Are has such an inherent fan base through the generations of people who have read the book over the decades,” she says. “The movie will do well at the box office.”

The Warner Bros. release certainly stands a better chance coming out this weekend than had it run up against another kid-family film, like Cloudy with a Chance of Meatballs or the forthcoming Astro Boy.

Dos Santos says studios still prefer to avoid any actions that hint at an insecurity about the worthiness of their films. That means studios won’t play hopscotch with their release dates—if they can help it.

As for the movie going public, ticket buyers “will only care if the movie becomes a waste of their time and resources,” she says.

“No studio wants a moviegoer to leave a theater and say, ’I want my ten bucks back,‘” she says.