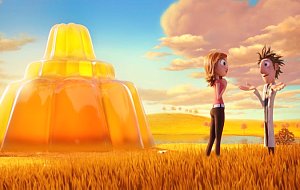 In a month that was ultimately filled with a number of disappointments, one of the real bright spots was the performance of August holdovers. Led by The The Weinstein Company’s Inglourious Basterds (which was the third highest grossing film during September), the pack of seven holdovers that also included The Final Destination, District 9, Julie & Julia, G.I. Joe, Halloween 2 and The Time Traveler’s Wife grossed a combined $160.5 million during the month of September. That represented 29.5 percent of the month’s total box office and was a key factor in the year to year gain over September 2008.

While neither Sorority Row nor Whiteout had Earth-shattering expectations, Fox’s Jennifer’s Body was expected to perform much better the following weekend. But at the end of the day the horror film starring Megan Fox opened with just $6.87 million, arguably making it the biggest disappointment of the month with regard to pre-release expectations. Finally, the last weekend of the month saw Overture’s Pandorum open with only $4.42 million.

The disappointments didn’t stop with R-rated fare though. On Labor Day Weekend Fox’s All About Steve opened to modest results for a comedy starring Sandra Bullock. However, All About Steve still represented the third highest grossing September release during the month itself (though it will likely fall to fifth place when dealing with final grosses for September's releases), which showcases just how poorly some of the month’s later films performed.

The weekend of September 11th delivered two of the month’s more notable releases in Lionsgate’s I Can Do Bad All By Myself and Focus’s 9. I Can Do Bad All By Myself, the latest film from writer-director Tyler Perry, wasn’t able to duplicate the level of success achieved earlier this year with Madea Goes to Jail, but still performed quite well in its own right by registering the third largest opening weekend to date for a Tyler Perry production. The computer animated 9, which was produced by Tim Burton and Timur Bekmambetov, debuted with a solid five-day start, but was ultimately unable to maintain that momentum throughout the rest of the month thanks in large part to the better than expected launch of Sony’s Cloudy with a Chance of Meatballs the following weekend.

Along with the August holdovers, Cloudy with a Chance of Meatballs was September’s other real bright spot. The computer animated film opened with $30.30 million and followed it up with a terrific second weekend performance of $25.04 million. Though it was the month’s most expensive release, it was also the month’s highest grossing release and will have no problem reaching the $100 million mark at some point during October. The weekend of September 18th also saw the debuts of Warner’s The Informant! and Universal’s Love Happens. The Informant! has performed in line with pre-release expectations, while Love Happens has performed slightly below expectations.

September closed with further mixed results, as both Disney’s Surrogates and MGM’s Fame were unable to ignite the box office. Although Surrogates could still go down as the third highest grossing release of September by the end of its run, the Bruce Willis vehicle opened on the low end of expectations and carried a production budget of $80 million. Fame was much less expensive, but was still advertised heavily and marked yet another September release that opened below expectations. Surrogates and Fame have respectively grossed $18.17 million and $11.50 million in their first six days of release.

Given just how many films failed to live up to expectations in September, it is somewhat surprising that the month’s overall performance came so close to matching that of September 2007. Had just one or two films performed a bit stronger, September 2009 would have been able to set a new record for the month.

For the month of September, the top ten films were as follows: