close
Wes Anderson will try to capture the biggest audience he's ever had with an adaptation of The Fantastic Mr. Fox. 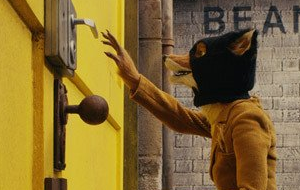 "I think [Anderson is] a little sociopathic."

Those were the words of Tristan Oliver, speaking to a reporter on the set of Wes Anderson's new film, the stop-motion adaptation of Roald Dahl's classic children's book, The Fantastic Mr. Fox. Oliver, a stop-motion cinematography veteran who worked on Aardman Animation's Oscar-winning Wallace & Gromit short The Wrong Trousers and the studio's feature films Chicken Run and Wallace & Gromit in The Curse of the Were-Rabbit, was incensed that Wes was choosing to send the crew direction via e-mail rather than show up to the set, and he wasn't done venting yet. "I think he's a little [obsessive-compulsive]. Contact with people disturbs him. This way, he can spend an entire day locked inside an empty room with a computer. He's a bit like the Wizard of Oz. Behind the curtain." All of this raises the question: is the crew getting the credit they deserve?

"Directing a stop-motion feature alone is a particularly difficult feat," says Art Institute of Las Vegas instructor Kevin Anderson -- no relation to Wes -- who is currently working on a stop-motion feature with his students. "The stop-motion business is a very specialized one and the love of the medium is a huge determining factor in working with others, only people who really love stop-motion even go near it. Sharing of the vision is necessary simply because of the nature of stop-motion...there are other, much more forgiving animation techniques."

Stop-motion animation (the incremental movement of puppets captured frame-by-frame) is a painstaking process, with feature films taking as much as to four years to complete, and it's understandable that Wes, no doubt busy thinking about future live-action projects, wouldn't want to be (or even be needed) on the set every day. However, other crew members, like Oliver, are required for the entire shoot, and it's easy to imagine how quickly someone -- not necessarily Wes -- might abuse their relative freedom.

Among other popular stop-motion films of the last few decades, grip on the directorial credit seems fairly loose. The Nightmare Before Christmas and Corpse Bride may have Tim Burton's name in front of the title and bear his distinct style, but the former bestows actual directorial credit on Coraline 's Henry Selick, while Burton shares a co-directing credit with animator Mike Johnson. Meanwhile, Aardman's two features have paired Wallace & Gromit creator Nick Park with a co-director (Peter Lord on Chicken Run and Steve Box on Curse of the Were-Rabbit ). In comparison, the posters for Fantastic Mr. Fox all boast the traditional, honorary "film by" credit (i.e. "a Wes Anderson film") above the title, which, in light of Oliver's outburst, might raise a few eyebrows.

Anderson, however, comes down on Wes's side of the debate. "While there is always a dialogue between an experienced crew and the director about the limitations of the medium, I do believe that the director's vision is the priority," he continues. "Many of the greatest films, animated or not, are great because the director had such control over the outcome. The refutation of feasibility" -- for example, the crew's irritation at Anderson's insistence on soft fur for the figurines, which betray the animator's fingerprints after each incremental movement -- "is one of the reasons the special effects and animation industries have evolved so much in the past twenty years. Recognizing the fact we can't accomplish a desired effect pushes many towards innovation."

Ultimately, Wes's absence doesn't sound unreasonable to Anderson. "During [a shoot] the animators are often left alone to perform at their full potential. A full stop-motion feature may [have] twenty or more sets shooting at the same time, and the director's involvement is often only before and after the shooting." Indeed, in the featurettes that 20th Century Fox has released to promote the movie, much is made about Wes' trips into country fields and other real-life settings with his all-star cast, in order to get the extra bit of realism of actors in a genuine environment rather than a recording booth, and a few do indeed show the director on the set, examining the meticulous buildings the film's craftsman have built.

In the end, the issue of credit where credit's due may be a relevant and important debate, but the responsibility doesn't rest on Anderson's shoulders. Many months after Oliver's initial outburst, in an interview with David Poland, Wes said that he and the cinematographer had since worked out their differences, and the film has already opened in limited release to solid reviews, praising Wes's vision. On the verge of going wide over Thanksgiving weekend, Anderson agrees the film has crossover potential. "I think that the style and the source material lends itself to being appealing to kids, but knowing Wes Anderson's previous work, the content is most likely going to appeal to film fans. The kids will appreciate the fun of talking animals and animated gags, but the film fans will appreciate the hand-made aesthetic and the freedom that animated characters bring to the concepts of metaphor, stereotype, and story development." A crossover hit which appeals to young kids, Wes's traditional audience, and perhaps even adults? Now that sounds like a result everyone can be happy with.