close
INTERVIEW: We caught up with director John Hillcoat to discuss his adaptation of Cormac McCarthy's bleak novel. 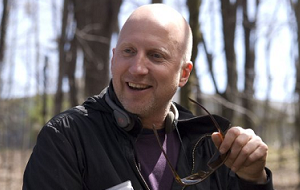 “The world grows grayer every day,” says Viggo Mortensen to Kodi Smit-McPhee. And director John Hillcoat ( The Proposition ) was the director responsible for taking his stars to the black, bleak world of Cormac McCarthy's Pulitzer Prize-winning novel. Hillcoat talks to B OXOFFICE about his vision of the post-Apocalypse—and why it looks a lot like today.

In the first five minutes, you bring out the film's dark subtext: that the kid may need to commit suicide—that's committing to Cormac McCarthy's vision.

You've just hit on the most confrontational scene of the film. Certainly, that was my biggest worry in telling the story. How do you put a kid into that situation? I was feeling very protective of whoever the child actor would be. But not shying away from scenes like that—we just thought we have to be faithful to the book and it's spirit. It doesn't shy away from anything. He's got a specific view of people under pressure, and pressure brings out the best in people and the worst. To not have that scene would be to make something completely different.

Were there any struggles trying to make sure that tone stayed unflinching? An author writes a book; a committee makes a film.

I prefer to see it as a collaboration.

And everyone was on the same page?

At times that wasn't the case and we'd have debates and discussions. But the saving grace was the book. We can always go back to the book. If it wasn't for the book—just imagine that this was a script that had no Pulitzer Prize, no bestseller lists, no Oprah behind it, then it would have been a whole different thing. But that there was a lot of respect for McCarthy and that this book obviously struck a deep chord meant it had to be protected. And everyone was on board for that—we all had the same reaction to the book that I had. I read it before it was published—I wouldn't be talking to you otherwise—and it just hit me. It was so powerful and so amazing. Everyone was on set in their different departments with their copy of the book and they wanted me to ask McCarthy about this or that. There was a goal to achieve.

Before you started on the film, you made a booklet that laid out your vision?

From a pragmatic point of view, to avoid all those pitfalls, what I like to do is write it down with visual references and make it all very clear what sort of film we're making. If everyone sees the same film, that's great. I'm actually surprised that that's unusual—as a director, that seems a natural thing to do.

What pictures did you include?

I do a lot of research so it was all these pictures of dust storms from the Dust Bowl, the aftermath of Katrina. There was a volcanic blast in the Philippines that covered everything in ash. It was all real stuff—it was all there. I called it “Notes on a Style,” and it talked about music and all that stuff as well.

How did you find your locations?

My Production Designer Chris Kennedy is fantastic. He's done all my films. He does his own research like me so we were trading pictures, and then those references became the real thing. He looked up New Orleans and discovered they were still cleaning up—it's a mess out there still—so for the suburbs and shopping malls, we went there.

New Orleans is the backdrop of The Road—that's an indictment.

Mt. Saint Helens in Washington State where all the trees are ripped up, that's the opening section of the film. Chris was also looking at the leftover strip mining in Pennsylvania because that leaves devastated land masses. And then just practical things like shooting woods in the winter, woods that are deciduous so all the leaves drop and it's overcast. Lake Erie was another one. It's all in camera, it's all there. We did a tour of eight states and then cut it down to four, and then we did 50 locations.

The locations that seem so shocking are actually real—and here in America.

That image of the shopping trolley with all your possessions, how often do we see that in every city in the world. Margot Wilson, our costume designer, took photos of homeless people and was thinking about keeping warm and dry, plastics and all that you can scavenge.

Those boxes that Robert Duvall is wearing on his feet.

Exactly. Those are the references and they looks familiar.

I just gnawed on an unnamed person.

This film is unlike any other. The closest I could relate it to is this dark South African film called Dirkie, Lost in the Desert. And also The Bicycle Thief, in a curious way.

The Bicycle Thief was one of my influences. And The Grapes of Wrath —the book. The Bicycle Thief, that actor had a face with so much humanity. Two people struggling under pressure, it's amazing. I didn't reference any films that were futuristic or apocalyptic. But more than films, I was influenced by the real locations, by documentaries and photos of what happened.

As a crew, we were very protective of Kodi. We wanted him to be able to be a boy. Viggo would teach him how to do the sword-fighting from Lord of the Rings and they would stage these battles. There was black humor, endless cannibal jokes. There was a perverseness in the fact that we got miserable when the sun was out. We were all in high spirits when the weather was really bleak. One day, Michael K. Williams who plays the thief was doing his harrowing performance. He's taking off his clothes and then I hear this humming sound—he just slipped into this strip tease dance number as the cameras were rolling. I'm going to try to put that in as a DVD extra. But it was tough—80% exterior, 50 locations—and also really poignant. Some of our crews literally survived Katrina and we're filming where it happened. That gave it another dimension.

Do you see this film as allegory or reality?

I see it as both, actually. On a big scale, it's a projection of our worst fears. That's what the Apocalypse is—the end of humanity. But on a small, personal scale, everyone has to face their own demise. We all check out sometime and it's our loved ones who have to deal with it. Every generation does that. It's constantly renewed. So it needs to work on that level and have truth to it. For McCarthy who is very tapped into the Greeks and the Bible—and lives out in the desert—he has a son he would do anything for. That's what gives it reality. Some of those interactions are literally what they've said to each other as father and son. He's tapped into something so real, and yet he's a great poet and storyteller so he brings in all these mythic elements of fire and huge obstacles and epic journeys.