close
The October box office set a new record for the month by shattering the previous record of October 2004. 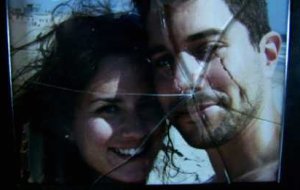 For the first time since June, a new monthly record was set at the box office in October. The total box office of $695 million for October 2009 shattered the previous October high-mark of $640 million set back in October of 2004. However, it should also be noted that October of 2009 did fall short of the $740 million total of October 2004 when adjusting for ticket-price inflation, as well as the adjusted performances of both October 2003 and October 1999. October 2009 was up an especially impressive 13.5 percent over the $612 million gross of October 2008. The overall box office for the first 10 months of 2009 stands at $8.55 billion, placing it 7.8 percent ahead of 2008 at the same point in time and just $1.45 billion away from reaching the $10 billion mark.

Like October 2009, October of 2004 saw a number of strong performers aimed at various audience demographics, which included Shark Tale, The Grudge, Ladder 49, Friday Night Lights and Shall we Dance? The final weekend of that month also saw the release of Ray and the very first Saw film, though both of those films earned the majority of their grosses in the following month of November.

The big story in October 2009 was clearly the little horror film that relatively few had even heard about before October of 2009, Paramount’s Paranormal Activity. The extremely low-budget production exploded upon its first major expansion on October 9th, thanks in large part to a unique advertising campaign centered on building strong word of mouth through social networking. Paranormal Activity was unrolled slowly throughout the month, which allowed for word of mouth to grow and for per-location averages to remain strong. The film was the second highest grossing film of the month (trailing Universal’s Couples Retreat by just $4.46 million during the month) and experienced its crowning achievement when it easily topped the opening weekend performance of Lionsgate’s Saw VI (in 1,091 fewer locations no less) to lead the weekend box office of October 23th to 25th.

Before the break-out of Paranormal Activity, it looked as though the break-out of Sony’s Zombieland on October 2nd was going to be the big box office story of October. However, after a strong opening weekend of $24.73 million and a ten-day start of $47.60 million, the zombie comedy clearly took a notable hit from the expansion of Paranormal Activity and from the many new wide releases during the second half of the month. Nonetheless, Zombieland grossed an impressive $70.44 million in October, which made it the third highest grossing film during the month.

The following week saw the release of Couples Retreat, which ended up as the month’s highest grossing film (though it will ultimately fall behind Paranormal Activity sometime in November). The PG-13 comedy marked yet another success for Vince Vaughn, as it too exceeded pre-release expectations with a three-day start of $34.29 million. After a sizable second weekend slide, the film stabilized towards the end of the month by serving as an alternative for audiences not interested in Halloween themed fare.

October 16th saw the release of Warner’s Where the Wild Things Are, which was one of the favorites to win the monthly box office crown heading into the month. The expensive adaptation directed by Spike Jonze opened with a very solid $32.70 million, but has faded away quickly in the days after its opening weekend. The film was ultimately unable to cross-over beyond its pre-existing fanbase, in part from mixed word of mouth and from being seen by some as too scary for smaller children.

October 16th also saw the release of Overture’s Law Abiding Citizen and Sony’s The Stepfather, both of which were solid performers during the second half of the month. Law Abiding Citizen exceeded expectations in part by appealing to audiences not interested in Where the Wild Things Are, Paranormal Activity and Saw VI. It opened with $21.04 million and has already gone on to become the highest grossing film in Overture’s young history as a distributor. The Stepfather was helped out by the lack of PG-13 thrillers and horror films as of late, though its performance has also been soft for a PG-13 Screen Gems release within those genres.

After a very strong start to the month, the box office took a disappointing turn during the weekend of October 23rd, as all four major releases that weekend ( Saw VI, Summit’s Astro Boy, Universal’s The Vampire's Assistant and Fox Searchlight’s Amelia ) underwhelmed. The most notable of the four (though still the most financially successful of the four) was clearly Saw VI. After dominating the horror market every October since 2005, Saw VI opened with just $14.12 million (which was down a massive 53 percent from the debut of last year’s Saw V ). A large percentage of the franchise’s dependable fanbase didn’t show up this year, as they turned to Paranormal Activity and Law Abiding Citizen for their October thrills instead.

October ended with mixed results with the debut of Michael Jackson’s This Is It. The highly anticipated concert documentary from Sony opened with $34.44 million in its first five days of release. While that was a solid start for a non-horror film opening so close to Halloween, it was also well below the massive pre-release expectations most had for it. However, in having its original 16-day run extended through the end of Thanksgiving weekend, This Is It now has a better chance of remaining a factor at the November box office.

For the month of October, the top ten films were as follows: