close
Does Roland Emmerich's latest extravaganza of destruction dramatize what could ultimately happen to our planet? 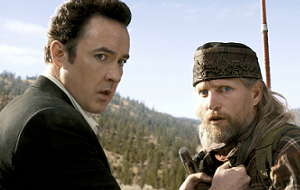 Like it or not, Roland Emmerich is the Irwin Allen of our age.

The director is a one-man disaster crew, like Allen was during the ‘70s with films like The Towering Inferno and The Poseidon Adventure.

Emmerich destroysentire cities ( Godzilla ), beloved landmarks (The White House in Independence Day ) and huge swaths of the United States ( The Day After Tomorrow ).

His latest film, 2012, finds Emmerich piggy backing on the Mayan prophecy of the world coming to an end in three short years. But is the new master of disaster simply creating more Hollywood fiction, or is there a kernel—or two—of truth behind his cinematic doom and gloom?

Robert Stencel, professor of astronomy at the University of Denver, says Mayanist scholars insist the doomsday prediction is a misinterpretation of the Mayan calendar. That hasn’t stopped pop culture from referencing December 21, 2012 as a harbinger of disaster.

The film says a freak alignment of planets, which occurs every 640,000 years, is the spark which sets the doomsday flame alight.

And the solar flares which cause so much havoc in the film aren’t a particular concern today. Such flares would have to be spectacular in nature to have such an impact on the earth, and that kind of behavior is more typically associated with younger stars.

“It’s a function of magnetic activity. Younger stars spin faster and generate stronger magnetic fields,” he says. Our sun “went through that teenager phase a long time ago,” he says, “and there’s nothing to indicate it’s heading in that direction. The sun is a boring, middle aged star in comparison with millions of other known stars in our part of the galaxy.”

“It is far more likely the Sun will swallow the earth toward the end of the sun's evolutionary life, some four to five billion years from now,” he says.

The Mayans’ prediction regarding the end of the world happening in 2012 has no real scientific truth behind it, but Stencel says the ancient people did have the foresight to build their calendar based on actual planetary cycles because they were skilled observers.

The Mayan calendar rolls over in December 2012, but he pegs that date to another overhyped phenomenon—the Y2K scare nine years ago.

“It didn’t end the world. We seemed to have survived it,” he says.

The interpretations of Mayan prophecy come down to the difference between
astronomy and astrology. The former deals with data and facts, while the latter involves anthropomorphizing those facts, that is, trying to make sense of how nature controls daily human events.

No matter what happens to 2012 with critics or ticket buyers, the themes presented in the film represent a chance for audiences to do a little historical fact checking.

“We see these situations as teachable moments,” he says of the film. “What is it really about? What is the actual information? What are the boundaries to interpreting this stuff?”