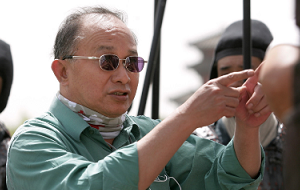 After spending years working in America, John Woo triumphantly returns to the Asian cinema with Red Cliff. Although Western audiences may be more familiar with Woo from domestic hits such as Face/Off or Mission Impossible II, it was in Asia where Woo really dazzled audiences with such classics as The Killer, Hard Boiled and A Better Tomorrow. After hitting a rough streak in the States with such critical and commercial failures as Windtalkers and Paycheck, Woo is back firing on all cylinders with Red Cliff. The film finds Woo at his best and most impassioned. This should come as no surprise considering that the project has been bouncing around in his head for years.

“I’ve wanted to make this film for over 20 years,” says the 63-year-old director.

Red Cliff is a first-class historical epic that takes place over 1,800 years ago. It's based on a tale that has been told most famously in the novel A Romance of The Three Kingdoms. However, Western audiences may be most familiar with the property—whether they know it or not—through a popular video game series titled Dynasty Warriors, which is loosely based on, and takes place in, The Three Kingdoms time period.

When initially released in Asia in 2008 as a two-part film, Red Cliff became an instant box office hit and critically acclaimed film. But as Woo himself says, he knew that this full story would not be as well received in the West. “We made a decision when we started shooting, we realized that Asian audiences are very familiar with this part of history, so we can spend a lot of time developing the characters and telling more of a story between them. However for the Western audience they are not as familiar with this part of history so we decided to focus on the main story line and key characters.”

Although cut down, Red Cliff still runs two and a half hours. For true films buff it's a journey worth taking as it presents an engrossing look at two great leaders who are struggling to stop a tyrant from taking over China. And yes, it has Woo's trademark doves.

Even though Red Cliff is full of historical relevance, it's far from a dry history lesson. “I prefer the Western audience to watch this as a movie, instead of a historical film. It's an individual movie, that is why I made the changes,” says Woo.

A story of courage and friendship that’s filled with everything from battles that shake the earth to the eloquence of a tranquil tea ceremony, Red Cliff transports its audience 1,800 years in the past and opens the doors for Western audiences to greatly appreciate Chinese filmmaking and culture. After all, they are in the hands of a master.