close
20th Century Fox's Avatar continues to pick up momentum thanks to a healthy gross on Monday. 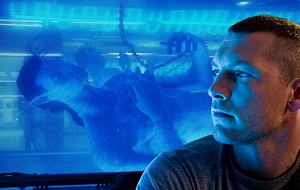 Monday Morning Update (8:44 a.m. PT): Variety is reporting that Avatar's weekend haul is going to be $77.3 million, which would push it past I Am Legend's $77.2 million tally in December 2007. Of course, when adjusting for inflation I Am Legend would still easily hold the record. The official number from 20th Century Fox is due this afternoon.

Sunday Morning Update (9:20 a.m. PT): The official studio estimate for Avatar is $73 million. Meanwhile, Did You Hear About the Morgans? opened with a mediocre $7 million. Click here for the full report.

Saturday Morning Update (9:15 a.m. PT): The official Friday estimate for Avatar is $27 million, which falls short of the $30.059 million opening day haul of I Am Legend in 2007. I Am Legend currently holds the record for December openings with $77.2 million. Avatar should be able to rake in around $74 million this weekend.

Did You Hear About the Morgans? has landed with a thud. A $7 million weekend is likely.

Friday Afternoon Update (12:19 p.m. PT): The official word from 20th Century Fox is that Avatar was able to scoop up $3.537 million from approximately 2,000 theaters playing the sci-fi extravaganza at midnight.

Friday Morning Update (9:48 a.m. PT): According to The Hollywood Reporter, Avatar grossed more than $3 million from midnight showings. This number has not been confirmed by 20th Century Fox.

If official, that would put Avatar behind Star Trek's estimated midnight haul of more than $4 million this past May.

Thursday Afternoon Update (5:01 p.m. PT): As of 4:30 p.m. PT, MovieTickets.com is reporting 429 sold-out showings of Avatar. The ticketing site is also reporting that 75 percent of sales this week were for 3D of IMAX 3D showings, which shouldn't come as too much of a surprise since Avatar is being hailed as a revolutionary technological achievement. The sci-fi extravaganza will be playing on 3,129 3D screens.

It certainly seems that 20th Century Fox and James Cameron can relax a little bit. Interest in Avatar seems to have reached a strong level, and it should boast solid staying power beyond its opening weekend.

Thursday Morning Update (9:40 a.m. PT): As of 8 a.m. PT, Fandango.com is reporting that Avatar is responsible for a whopping 87 percent of weekly ticket sales. Meanwhile, Variety is reporting that the film will be unleashed to 3,457 locations domestically and 3,124 3D screens. 20th Century Fox will release official location counts later today.

Some more stats from a Fandango.com ticket-buyer poll:

- 72% indicate that the film's positive reviews have increased their interest in seeing the movie.
- 70% claim they do not care about the film's budget.
- 37% of men (surveyed by Fandango) plan to bring a date with them to see Avatar.

Wednesday Afternoon Update: After years of development and anticipation, James Cameron's Avatar is finally going to be released to the world this weekend. Much attention has been paid to Avatar's hefty budget, which means that its performance at the box office will be scrutinized more than any other film this year. Meanwhile, Did You Hear About the Morgans? will try to grab moviegoers who aren't interested in Cameron's latest opus.

20th Century Fox has a lot riding on Avatar, and it's shaping up to be a gamble that will pay off. Early reviews confirm that Cameron has achieved a new level of technical prowess. Word of mouth promises to be positive, which will lead to consistent grosses.

One of the biggest concerns surrounding Avatar is whether or not it can appeal to a broad range of demographics. There's no doubt that males 18-34 will go nuts for it, and Fox is hoping that the film's love story will entice female moviegoers.

Flixster is reporting that traffic on their site for Avatar is about 60 percent of what New Moon's was four days before its release.

"It shouldn't be surprising at all to hear that [Avatar's] strongest audience segment is under-25 males, but there are two interesting trends to note: first, the want-to-see interest among that group has risen in the past week, likely driven by the marketing initiatives that include the partnership with McDonald's; and second, interest among younger females (25 and younger) has also grown. These are interesting signs that indicate that the film's story message seems to be resonating with younger moviegoers," says John Singh, a spokesperson for Flixster.

According to sales reports from Fandango.com, Avatar is outpacing Star Trek, 2012 and Terminator Salvation at the same point in the sales cycle. However, it's worth noting Avatar tickets have been on sale since August 21, which means that it has had more time on the market than any of those films listed. Still, that's an impressive statistic considering that Star Trek opened to a healthy $75.2 million this past summer.

Expect Avatar to bring in $75 million haul from more than 3,300 locations during its opening frame. If Cameron's epic performs above expectations, it will help 2009's domestic haul reach the $10 billion plateau much quicker and it could end up taking the record for the best December opening from 2007's I Am Legend, which raked in $77.2 million.

On paper, Did You Hear About the Morgans? sounds like a surefire hit. The pairing of Hugh Grant and Sarah Jessica Parker in a romantic comedy certainly makes sense. Unfortunately, the film is being drowned out by Avatar and the online buzz is not strong at all. Hugh Grant is hit and miss at the box office, and Sarah Jessica Parker isn't the most reliable draw either.

Did You Hear About the Morgans? could end up with $8.5 million from around 2,700 locations this weekend.

After finishing in first place last weekend, Disney's The Princess and the Frog should hold up well. Avatar really isn't a film for young children, so families will still come out to support the latest Mouse House effort. Expect Princess and the Frog to add another $15 million to its domestic cume.

Nine, Crazy Heart and The Young Victoria are opening in platform release this weekend. All three films are Oscar contenders and they should post solid location averages. Nine goes wide on Christmas Day, so it will need to build strong word of mouth this weekend in order to better compete with the likes of Up in the Air, It's Complicated and Sherlock Holmes.

Check back tomorrow for our full top 10 predictions as well as official location counts.