close
Avatar and The Hangover were able to walk away with the two best Best Picture prizes. 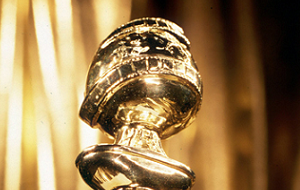 James Cameron's gamble continues to pay off. The Oscar is in the bag. Check out our interview with producer Jon Landau here.

Very nice! I sincerely hope that this means he'll take the Oscar as well. Such a beautiful, heartfelt performance. The Dude abides!!

Another surprise. There is absolutely no love for Nine if Daniel Day-Lewis can't even win. Matt Damon probably deserved it the most. It's a big night for Warner Bros., that's for sure.

Best Actress in a Motion Picture Drama goes to: Sandra Bullock, The Blind Side

Sandra vs. Meryl for the Oscar. It's a coin flip. Bullock deserves to win because she's had a hell of a year, but I still wish Carey Mulligan would have walked away with it.

Arnold makes a box office joke about half of Avatar's grosses going to the state of California. Not bad.

Unbelievable!!! What a complete upset. I highly doubt that it will make it into the Best Picture category at the Oscars, but this is certainly a triumph.

I'm still incredibly happy that The Hangover was even nominated. Classic. Watching that movie will be a right of passage for years to come.

Wow! I thought Kathryn Bigelow had this one in the bag. This bodes well for Avatar's Best Drama chances.

"Frankly, I thought Kathryn was going to get this," says Cameron.

Jodie Foster introduces The Hurt Locker. Can it upset Avatar and Up in the Air?

A nice intro by Robert De Niro and Leonardo DiCaprio. My favorite Scorsese film? It depends on what kind of mood I'm in. GoodFellas and Raging Bull are timeless. Casino is completely underrated.

Not a surprise at all. He's got the Oscar in the bag. I still wish Alfred Molina was nominated for his work in An Education. Hopefully the Academy will remember him.

Great to see a standing ovation for Sophia Loren. She was excellent in Nine.

Best Screenplay in a Motion Picture goes to: Up in the Air

An excellent pick. It'll be interesting to see whether or not this can beat Avatar in the Best Drama category.

Kevin Bacon was definitely hitting the sauce a little too hard before he got up to the podium.

Of course! A showy role that she knocked out of the park. I just wish Amy Adams received some recognition for her equally strong work in the film.

Notice how the producers don't even think about cutting Meryl Streep off!

Tom Hanks gives a perfect introduction to Julie & Julia. I'd say that it has a decent shot at edging past (500) Days of Summer and Nine in the Best Comedy/Musical category.

Best Original Score goes to: UP

Interesting pick in a tough category.

Yes!!! Totally deserved. I can't wait until mainstream audiences can discover Crazy Heart when it goes wide. This could bode well for Jeff Bridges in the Best Actor category.

Harrison Ford borders on being incoherent. Up in the Air deserved a better introduction.

Best Animated Feature goes to: UP

Nice banter from Sir Paul McCartney. UP is easily one of the best films of any kind to come out in 2009. It will stand the test of time.

Best Supporting Actress in a Motion Picture goes to: Mo'Nique for Precious.

No surprise here. I was rooting for Vera Farmiga to pull the upset on this one.

There's the first NBC joke from Gervais. Needed to get that out of the way.

Apparently Tobey Maguire is in the know when it comes to Spider-Man 4. On the red carpet Access Hollywood's Billy Bush asked the actor what the status of the new installment is, to which Maguire replied (paraphrasing here) that he may know who is directing the new film. You'll forgive me if I don't remember what brand of suit he was wearing.

(500) Days of Summer's Marc Webb is the name that seems to be getting thrown around the most at this point. If (500) Days wins Best Comedy/Musical tonight it could improve Webb's chances of snagging the gig.

Make sure to check back here during the show for all the winners and some commentary.