close
BOXOFFICE takes a look at a couple of promising properties that could follow in the footsteps of Edge of Darkness. 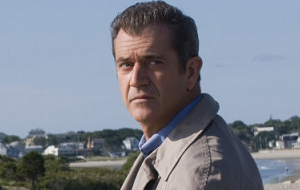 Starting with the massive critical and financial success of Traffic in 2000, Hollywood has started to turn their eye to the UK for inspiration. Last year, Universal offered up State of Play, an adaptation of director David Yates' six-episode 2003 drama about a politician wrapped up in a murder scandal. Edge of Darkness saw Casino Royale director Martin Campbell taking on his own 1985 miniseries about a cop who loses his daughter and hunts down the people responsible. Here are five more British television series-some dramatic, some comedic-that seem like prime contenders to make the leap to the U.S. silver screen in the future.

Callan
In 1967, Callan hit airwaves, featuring a British counterintelligence protagonist (played by Edward Woodward), employed by a British government agency known as "Section". Callan's job: deal with threats against the state by any means necessary, including less-than-honorable avenues. As a result of his work, Callan is slightly paranoid and haunted; a good man put under great stress. Edward Woodward's recent passing has revived interest in both Callan and his similar American show The Equalizer, and Callan, at least, seems like a perfect fit amongst many of the gritty American crime thrillers being made today, an antidote to characters like Denzel Washington's role in Training Day or Nicolas Cage's character in the Bad Lieutenant remake/sequel.

Life on Mars
A unique plot powers Life on Mars: a modern-day cop wakes up in the 1970's after being involved in a car accident. Is he having a hallucination caused by his accident, or has he really managed to travel through time? The original British series garnered enough popularity on both sides of the Atlantic to score a US television remake on ABC (as well as a UK sequel and a Spanish-language remake). Declining ratings caused the American version to be canceled after only one season, but maybe a feature film version would draw more people in.

Doctor Who
One of the longest-running, most popular British exports around, Doctor Who shows no signs of slowing down in its 31st season. Flanked by spin-off series Torchwood (recently targeted for an American TV adaptation), there's no more reason that Star Trek or The X-Files should be adapted into motion pictures when Doctor Who isn't. An added bonus for the BBC is that a movie that fits into the current storyline could easily spread the phenomenon across the United States as well. There have been vague rumors over the past few months about a movie version with Tenth Doctor David Tennant returning as the character (having recently bowed out of the show itself, making way for actor Matt Smith to take on the role of the Eleventh Doctor).

Red Dwarf
A growing cult science-fiction phenomenon, Red Dwarf may be suited to the lavish special effects budgets and serialization that comes with modern-day American cinema. Like Life on Mars, a previous attempt to adapt the outer-space comedy for American television was attempted, but the US Red Dwarf pilot wasn't picked up (much to the relief of Red Dwarf fans, since by many accounts, the show was awful). Admittedly, it's hard to imagine those fans being more enthusiastic about a major motion picture revival, but at least the added scale would provide more indication that the filmmakers were taking the adaptation seriously, and expand the canvas on which to plot silly interstellar comedy. Plus, science fiction and comedy are an essentially untapped genre for Hollywood (unless you count Spaceballs or 2005's Hitchhiker's Guide movie).

The Prisoner
The 1968 Patrick McGoohan-starrer about an unnamed secret agent held captive in a mysterious village full of serene strangers, and the agent's quest to uncover the truth about where he is has already been remade into an AMC miniseries starring James Caviezel and Ian McKellen, but that hasn't stopped Dark Knight director Christopher Nolan from considering adapting it to the big screen. Going off of State of Play and Edge of Darkness, perhaps Hollywood will find it easier to adapt another mystery series, even one with unusual science fiction undercurrents, but somehow The Prisoner seems almost primed to be a one-off event movie. The AMC series received mixed reviews, so perhaps fans of the original won't be too upset if Nolan tries to one-up the existing remake.