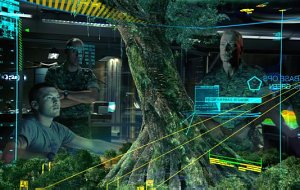 For the first time on record the monthly domestic box office for December topped the $1 billion mark. Grosses for December 2009 totaled $1.065 billion, which surpassed the previous December high-mark of $992 million that was grossed in December 2007. That marked the eighth time during 2009 that a new monthly record was set. However, as was often the case with 2009's new monthly records, December of 2009 didn't set a new record when adjusting for ticket price inflation. That record is still held by the $1.13 billion adjusted gross of December 2002. It should also be noted that most Decembers in the past decade grossed at least $1 billion when adjusting for inflation.

The big story of December 2009 was obviously the break-out success of Fox's Avatar. James Cameron's big-budget 3D film paid off in a big way with tremendous grosses during the second half of the month. After a strong opening weekend of $77.03 million (the second largest ever in the month of December), Avatar held up exceptionally well during Christmas weekend with $75.62 million. That set a new record for the largest second weekend of all-time (Avatar would follow that up with the largest third weekend of all-time during the first weekend of January).

Avatar grossed $283.6 million during December and a total of $352.1 million as of January 3rd. With amazing word of mouth and no competition for its higher-priced 3D screens in the near future, Avatar has an excellent chance of being the highest grossing film in January 2010 as well.

Though they took a back seat to Avatar, Alvin and Sherlock, Disney's The Princess and the Frog, Universal's It's Complicated and Paramount's Up in the Air all posted solid grosses during December. The Princess and the Frog opened towards the lower end of expectations with $24.21 million, but picked up some major momentum in the days after Christmas. It's Complicated and Up in the Air both opened in line with expectations over Christmas weekend and both have held up nicely in the days after Christmas. Up in the Air could continue to hold up especially well in January given the Oscar buzz surrounding the film.

December 2009 wasn't without its fair share of misses though. The Weinstein Company's Nine and Sony's Did You Hear About the Morgans? were clearly the month's most notable disappointments when taking into account the pre-release expectations and star power of both films. Warner's Invictus and Lionsgate's Brothers didn't perform quite as poorly, but neither film was able to hold its own against the month's stronger performers.

Also of note in December was the continued strength of Warner's The Blind Side. After grossing $102.3 million in November the break-out sports drama grossed an additional $94.3 million during December, making it the fourth highest grossing film of the month. The Blind Side reached the $200 million milestone on January 1st. And though it dropped off greatly from its massive performance in November, Summit's The Twilight Saga: New Moon was still a very solid performer in December.

For the month of December, the top ten films were as follows:

Tags: s Complicated, Up in the Air, Disney, Avatar, Alvin and the Chipmunks: The Squeakquel, Sherlock Holmes, The Blind Side, The Princess and the Frog, The Twilight Saga: New Moon, Its A Christmas Carol, Invictus
Print