close
We take a look at what may be in store for one of the most popular franchises of all time.

The Future of Spidey 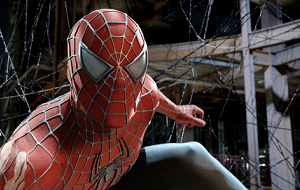 In a surprise move, Sony announced today that the Spider-Man franchise is getting the reboot treatment, after the studio and series director Sam Raimi couldn't agree on a villain (Raimi wanted John Malkovich to play The Vulture, Sony wanted, well, not that). While the announcement is still hot off the presses, and anything floating around is going to be almost pure speculation until Sony reveals more of their plans for the new series, here's an assessment of how some successful reboot strategies might be applied to Spider-Man in two key areas.

The Director
With Sam Raimi leaving, at least 50 percent of the puzzle is finding someone who can bring the comic to life in a way that is appealing yet also fresh, separating the new Spider-Man from the rest. Given the industry's quick adoption of the format, it's also a safe bet that Sony will convince their new director to shoot the film in 3D, especially after the runaway success of Avatar (still raking money in all over the world). But what kinds of directors should Sony be considering? Here are a few suggestions:

The Reliable Workman
A director like Raimi may have brought a slew of genre fans along with him to the Spider-Man series, and his direction has always had a unique style, but along with these things come the kind of debates that caused Spider-Man 4 to derail in the first place. When Sony announced back in 2005 that they were rebooting the James Bond franchise with Casino Royale, fan speculation on who would take the helm had a few Raimi-like names in the mix (such as Quentin Tarantino). Ultimately, however, the studio chose to go with Martin Campbell, who helmed 1998's The Mask of Zorro for the studio, as well as the previous Bond resuscitation, 1995's Goldeneye. On one hand, Campbell isn't exactly a marquee-name-director, someone with a reputation that the studio can hang the film on, but his resume is solid, and the box office numbers speak volumes as to the quality of the films ($94 and $106.4 million, respectively, which equates to $144 and $175.6 million when adjusted for inflation).

Examples: A couple that seem like vague possibilities include John Moore, who has dutifully cranked out four projects for Fox since 2001 (Behind Enemy Lines, Flight of the Phoenix, The Omen, and Max Payne) and James McTeigue, who worked on the Matrix trilogy as an AD at Warner Bros. before helming V For Vendetta, reshoots on Invasion, and Ninja Assasin at the studio. More reputably, there's also Len Wiseman, who created Sony's successful Underworld franchise and directed Live Free or Die Hard, or even Terminator: Salvation's McG, who made the Charlie's Angels movies for Sony.

The Acclaimed Independent
The Spider-Man comics (which are usually comedic) may lack the doom-and-gloom gravitas of the Caped Crusader, but nonetheless, the hiring of a respectable name would say the same thing to Spider-Man fans as the selection of Christopher Nolan did to Batman fans: the studio is taking the material seriously. With independent films becoming harder and harder to finance, directors like Nolan likely appreciate the added comfort of working with a major studio. Sure, directing the newest summer blockbuster may not provide the same level of personal fulfillment that a lower-budget film would bring, but the payoff for making a good movie is the likelihood of smaller projects in between each one (ala Nolan's The Prestige and Inception, both at least partially bankrolled by Warner Bros.). Meanwhile, the benefit for the fans is obvious: elevating the Dark Knights of the world to unexpected levels of artistic success.

Examples: No examples of this angle thus far that are as strong as Nolan, although the studios are still looking to replicate his success. An on-again-off-again inclusion in the category is Darren Aronofsky, who has been developing a RoboCop remake (or reboot) at MGM since late 2008, although recent reports suggest that the studio and the director are at odds over whether the movie should be in 3D. Seeing as MGM is still on the verge of bankruptcy, perhaps they should listen, lest Aronofsky walk away the same way Raimi is. As for actual picks to take on Spider-Man, nobody stands out at the moment, although the series has been good about hiring varied and respectable writers for each installment.

The Fan Favorite
As pop culture and geek culture continue to fuse, more and more directors that may have been previously thought of as fringe or cult successes are getting a shot at big studio projects. Thanks to legions of devoted fans and years of nerd cred, someone like LOST and Alias creator J.J. Abrams-whose biggest previous film credit is co-writing the 2001 Paul Walker thriller Joy Ride-suddenly sounds appealing to the studios when thinking about projects such as Mission: Impossible III and Star Trek. Two of the best examples yet come from the horror genre: New Line gambled on an unknown New Zealander responsible for a perverted puppet movie (among other things), with the result being Peter Jackson's enormous success with Lord of the Rings; the other example being Raimi himself, who made his mark on the horror world with The Evil Dead trilogy, eventually graduating to dramas like A Simple Plan and The Gift before finally tackling the web-crawling superhero.

Examples: Director Ruben Fleischer just provided Sony with a late-'09 genre hit in Zombieland, and after seeing writers Rhett Reese and Paul Wernick lining up projects like Deadpool and G.I. Joe 2 on the strength of the zombie comedy, it'd be easy to see the same thing happening to Fleischer. There's also District 9 helmer Neill Blomkamp, whose pull with the studio is likely skyrocketing; however, the director has gone on record (most recently in the Los Angeles Times) as saying he has no interest in directing studio tentpoles.

The Cast
On the other hand, if there's anything more important than the right director, it's casting the right actors to pick up the reigns from departing players Tobey Maguire and Kirsten Dunst, which are both mighty big pairs of shoes to fill. Since there's no word on what characters Sony is considering as villains for this endeavor, let's assume the following discussion is primarily concerned with Peter Parker and Mary Jane, as well as a few key side characters like Aunt May (previously played by Rosemary Harris) and J. Jonah Jameson (brought to life before by actor J.K. Simmons).

Acclaimed Character Actors
Just like the "Acclaimed Independent" director category, nabbing someone with serious credibility will speak volumes to the fanbase. The casting of Tobey Maguire in the original Spider-Man is an excellent example of this train of thought; there was once a time when Maguire was known more for films like The Ice Storm and Wonder Boys than for crime-fighting. If the studio (and whomever they do decide to hire as director) play their cards right, they can find someone with the perfect combination of low-to-middling audience recognition and respected acting chops, rather than resorting to Disney teens and over-exposed mega-stars; since the previous trilogy will be the one on which the new movies are judged, the pressure is on Sony to get it right.

Examples: Michael Angarano has done good work in movies like Almost Famous and Snow Angels, and even has a little superhero experience from Disney's 2005 comedy Sky High. There's also Anton Yelchin, currently rising to fame on the strength of Star Trek, although given his participation in Terminator: Salvation, it might be a little much to expect the actor to join a third major franchise. Finally, with the casting of Blake Lively in The Green Lantern, it might not be a surprise to see Gossip Girl star Penn Badgley's name thrown around.

As for Mary Jane, Sisterhood of the Traveling Pants co-star Amber Tamblyn could prove to be a viable choice. Sony could even tap into the Twilight franchise and go with Ashley Greene, whose Alice Cullen character is beloved by many fans.

Unknowns
Then again, there's an easy method to take some of that pressure off: go for actors with whom the audience has no existing relationship. Since even the most inspired choice will likely be met with massive criticism from both comic and movie fans alike, it might be worth it for everyone involved to start the search for new stars from scratch. Examples of total unknowns in these reboots is pretty much non existent: the best example is the cast of Star Trek, but the majority of those performers had at least one or two notable projects under their belt already. The closest to a total stranger was actor Chris Pine, whose minimal role in Smokin' Aces probably didn't prepare anyone for his turn as Captain Kirk in Abrams' reboot.