close
NEWS: Director Louis Leterrier reveals that Clash of the Titans may feature an extra dimension. 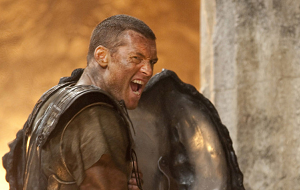 For a moment, there was talk of releasing Clash in 3D?

We're doing some tests. The problem is, we want to do it right. We're going along with it and we're doing a lot of tests by the people that actually did some of the shots in Avatar. In Avatar, some stuff was shot in 3D and some stuff was shot with a very wide lens. It's very interesting-I've yet to see the results, but frankly, I shot it better than I would have shot a 3D movie because I never thought I would do it as a 3D movie. Everything is coming at the camera. So if we do the 3D conversion and it looks good, it's going to be such a ride. Everything is going to come right at your face. It's going to be a pretty dynamic movie.

I like that. There's so much talk about how the new 3D is immersive-instead of jumping out at you, it pulls back. But I kind of like it when it jumps out at you.

If you like big rides, you're going to be thrilled with this movie because it's going to take you everywhere. You'll be going through the tentacles of the Kraken, following the Pegasus for three seconds and then the claw of a scorpion is going to snap right at you-jump right out. It's going to be pretty exciting. But it's also a rating issue because now it gets really scary, really impressive. I hope it's good. I'm excited-really excited.

When do you think you'll know for sure whether or not it's going to be in 3D?

Next week. In one week. The tests are coming back on the 2nd. February 3rd, we'll know for sure. I'm thrilled. I think it's going to work.