close
By showing respect for the horror genre, Martin Scorsese remains just as unpredictable as ever. 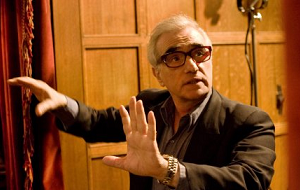 His name may be synonymous with gangster pictures, thanks to classics like Goodfellas and Casino, but over the course of 40 years and more than 30 feature-length films, Martin Scorsese has done his best to avoid getting pinned down. In addition to the movies that made him famous, his ouevre has also included a musical, two concert films, several documentaries, a music video, and a oddball cult comedy, and with each new film, he continues to seek out new cinematic territory. His new film, Shutter Island, is in keeping with that attitude, as it appears to be the director's first step into the horror genre.

Online discussion between critics who have seen the film has been mixed on whether the director's adaptation of Dennis Lehane's novel actually qualifies for the genre (thriller? psychological drama?), but there's no question that the director is at least in the same ballpark. The film's theatrical trailer obviously aimed for a horror feel, since it is filled with spooky images of the insane asylum where the story takes place, and the creepy, intimidating omnipresence of the facility's staff. Paramount originally slated Shutter Island to open on October 2nd, 2009, which lends a bit of credence to the "horror movie" angle.

"It's a horror movie to me," says John Fallon, who runs popular horror site ArrowintheHead.com. "Sadly, even though the horror genre is more popular and profitable than ever right now, it's still the red-headed 'Chucky Doll' of cinema. It's not respected as a valid art form by the masses or most of the suits behind them. That's why, for example, that lots of recent ghost stories were marketed as 'supernatural thrillers'." He shrugs. "In my book, you can call them whatever you want, if that helps you sleep at night, [but] the fans know...it's still horror."

Those fans have had it pretty good in the last decade. After the slasher boom of the 1980's, horror went a bit quiet, until The Blair Witch Project was a pop culture sensation in 1999, followed relatively closely by The Ring and a wave of Japanese remakes. Still, although there's been plenty of output for the horror fan to enjoy, and recently, big-name actors have started to get in on the fun (Fallon: "Benicio Del Toro in The Wolfman, Milla Jovovich in The Fourth Kind, Woody Harrelson in Zombieland, Cameron Diaz in The Box, Ethan Hawke in Daybreakers...I don't feel that big Hollywood actors have been ignoring horror."), Scorsese basically stands alone.

It's a shame, too, because many viewers heading to Shutter Island this weekend will be inspired to think of a pre-Friday the 13th industry, when William Friedkin and Stanley Kubrick were pumping out films like The Excorcist and The Shining. It also almost seems unfair when one looks at the number of today's directors using horror as a springboard to greener pastures. People like Peter Jackson and Sam Raimi started out making cult classics like Bad Taste (which Jackson name-checked in one of his Oscar speeches), and Evil Dead II before shooting to the A-list with the Lord of the Rings and Spider-Man movies. Some people will even remember that James Cameron made his directorial debut on Piranha II. While Jackson and Raimi, at least, have shown they still have love for the genre (Jackson is working on a film about Nazi zombies, Raimi directed last year's Drag Me to Hell), not all of them remain as faithful.

With Universal's big-budget, star-laden Wolfman remake failing to gain traction at the box office, Shutter Island is poised for a big debut. Perhaps more big-name directors may follow in Scorsese's footsteps. Either way, Scorsese already has his eyes on new genres (a children's film!), and Shutter Island looks to make its mark among the Shinings and Exorcists of the genre.